All star difficulty is a layer of hell

This topic has been deleted. Only users with topic management privileges can see it.
SDS
last edited by STEFANDROOO

Made WS last season so I’m not a total scrub so that should hopefully eliminate the simp git gud comments/narrative. I also say that not to boast but rather to shed light on the fact that even “good” players struggle with this game and the amount of ridiculous involved at times most notably on AS difficulty.

Anyway moving forward, lost my first couple of games to some really good opponents to start off this RS. They outplayed me and I’m totally cool with those kind of games and I’m honestly cool with this game on HOF in general...

What I’m not cool with is the layer of hell that is AS difficulty. Holy [censored], with the increased PCI, relatively slow pitch speeds, fielding animations (or lack there of), pitch tunneling, this difficulty is truly a dumpster fire. Perhaps it wouldn’t be so bad if they at least kept HOF pitch speeds to go with the larger PCI?

I sincerely think and I know this sounds egregious but I feel like I could give my dog the controller and she could foul off pitches at this point. I don’t know what to do when I’m pitching or how to attack a hitter because everything I do leads to a foul tip or weak contact that bleeds into the outfield . I’m not a great pitcher but I’m definitely above average and the amount of just awful foul offs with terrible timing, check swings, and just momentum swing nonsense is sheer pandemonium and disgraceful. I think I’m 3-6 now this RS and sure I’ve probably let the amount of craziness get to be but I just don’t understand how anyone could honestly enjoy this consistently. If you can’t breach the 700 barrier and play consistently on AS bravo on not being institutionalized by now.

You forgot pitch location. lol
Thats the bigger joke. I use pulse pitching, had Newhouser on the mound. Go for a down and in SC against a RH batter.
Hit the pulse with a good. A good!! The pitch goes in the dirt by the players foot. Why post "good" than have the pitch 2 feet off the mark?! Makes no sense.
Like whats the point of trying to paint corners, when feedback isnt true and "good" wind up in the dirt. Also, forget diamond closers. They get shelled. 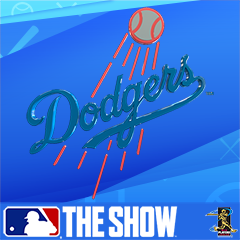 Made a thread on this earlier I’m on the same boat. 1-7 this season lol, a joke.