Help me get to World Series rank

So for the 1st 3 innings I was a 600 level player. Then I went thru hell with internet connection issues and kept losing connection every 3rd game until very recently. Finally have that sorted lol.

I then bought a lot of stubs 2 sales ago and added Mantle, Sheffield, LS Trout, and Biggio to the squad at the same time. By doing that, I got to the high 700s last season. I haven't played much this season but I think with a little luck of the draw for opponents, and some advice, I might be able to hit 900s

So let's get me there.

Base stealing - is it just me, my internet connection, or the fact I'm not on a gaming monitor? Whenever I try to steal, there's a 2 second delay before they actually try to steal. I understand that stealing rating probably makes that delay quicker or slower but guys like Jackie and Lofton still take a long time before they run. For me to steal a base and not get caught i literally have to let go of L2 a full second or 2 before he pitches. If he never sets I can forget about stealing. That's how bad the delay is. Am I doing something wrong? Or is this how it's for everybody? I feel like this could add to my game and push me a little further ahead, considering my stealing game is non existent right now.

Advice on my lineup - Awards Trout is not happening anytime soon so let's forget about him. With that said, I have about 260k stubs that I'm saving for him lol but we can use them for group consensus on a player or 2. I'm very close to adding Ruth so I'm just going to include him.

Didi - SS (he's not leaving the lineup but I really don't like him at short. 950 ops)
Mantle - CF (nuff said. 1400 ops)
Ruth - RF (I imagine this is where I'll put him. Not the greatest defense but I had Reggie in RF before that)
Sheffield - 3B (really struggling with him but not many games yet. I really struggle with short guys and tend to hit better with lefties so idk if it will get better. But man I see the potential. Crazy power. He's 2nd most likely to be replaced)
Giambi/Posey - 1B (the card for completing the Yankees collection. Not the greatest stats but I'm hitting really well with him and don't want to change him up. Both over 1000 ops)
Trout LS - LF (low batting average but 1000 ops. I don't think he's going anywhere)
Jackie - 2B (not hitting with a lot of pop but love his speed on defense. 340 batting average 3rd most likely to leave the lineup)
Biggio - C (another short righty. 1st to be replaced and going to give up really soon. Any suggestions? I could go Posey and see how he does against righties and find another 1B righty. I had my cap here but couldn't hit with him)

Are these hitting stats enough to make it to the 900s or am I kidding myself?

I imagine atleast 1 of these guys can't be used at the higher levels? Any of these guys tend to get lit up by better competition? I think I might buy Orel. I haven't been able to hit him at all and that seems like the general consensus on here. Suggestions?

Chapman LS
Wagner
Garrett
Gagne
Rodney
Fingers
CAP (I know, I know. But I have to do it. I feel like I'm so close and this is a free shutout inning)
I'm thinking submarine righty

and buying sig Chapman. I'll have 2 shutdown lefties and my cap and Gagne as righties. Thoughts?

My bench I'm fine with. Reggie and 86 Ortiz as my lefties, Hanley and Posey for righties and the new Lofton for some speed and maybe just a little situational bunting

I also just hit prestige and picked the last 2 guys (Larkin and Sandberg). Haven't used them yet but if Sheffield continues to suck, I'll be able to give them a shot as a replacement. If they don't cut it, I'm thinking Chipper.

What would you do with this lineup and 260k stubs?

Hornsby is a beast, get walker for RF and put ruth at first 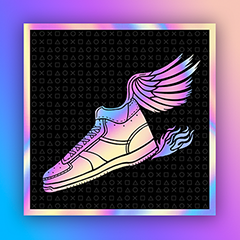 Cards don't make WS, good players do. I've seen all gold and silver teams make WS without much sweat. Focus on getting better at the game, not dropping cash and spending stubs.

I'm not great at the game, it doesn't matter what team I have, I won't make it above 700. I just beat a guy with an all prestige team. He obviously boosted, as his BA was pretty terrible and he swung at everything. His all prestige team isn't making WS

Chipper for Shef, Walker for LS Trout, don’t give up on Biggio the guys a beast. I easily hit Kluber, Hal and Paxton I’d suggest guys like Saberhagen, McKay and Sanchez all have great control less chance of meat balls.