This topic has been deleted. Only users with topic management privileges can see it.
SDS
last edited by XynatosX

Okay, 2nd day in row I'm posting a gripe about RTTS 20. Yesterday I complained about how the stealing attribute actually should be called good jump attribute. Today is something unique, but another example about coding causing things to be really difficult to complete. My clutch attribute was only 52 so In the strength & conditioning category I raised my cap to 57, and a teammate gave me a bro challenge that if I successfully drove in runners in scoring position x3 over next 3 games I'd raise my cap another 5 points. This toon is Pure Power, my speed is 38. I've batted in the 3, 4 or 5 position all season. The ga m e after accepting challenge, I'm moved to leadoff spot!!? WTF? Even though it's only guaranteed to be leadoff once during game, it removes an at bat. For the remainder of 1st game, at best there was a runner on 1st. No opportunities. 2nd game I pinch hit with nobody on base. So, I'm left to drive in runs x3 during final game. Keep in mind, if runners aren't initially on 2nd or 3rd, it won't count. Fail on every level, the game is set up so during challenges you occasionally never get the chance.

I just had one that was get 3 assists in your next appearance. the next game I pinch hit

My SPs challenge was to not give up more than 5 hits in a game.So I just hit every batter until I got thrown out.Challenge won!Haha! 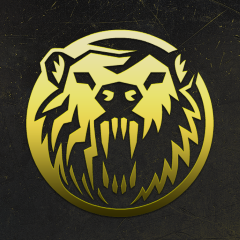 Commit no fielding errors over the next three games. Failed when I swung at an out of the zone fast ball.

Get 2 assists over the next 3 games. No fielding opportunities in the first 2 games, put at DH in the 3rd game.