Every team in the Event has GOAT bat?

Ridiculous. Pretty much every game I've played the last 2 days has had the GOAT bat. And in almost every one the opponent has bunt cheesed, attempted to steal with every opportunity, and has had ridiculous lag. Coincidence? I don't think so. Smells like a bunch of cheaters desperate for event wins if you ask me. I've won at least half of those games, but the way this community plays online is despicable. It's actually pathetic that people think that's how the game is meant to be played. Way to go SDS for encouraging the use of such tactics that cater to the shortcut, instant gratification, not willing to work and actually earn anything with dignity generation.

The GOAT bat is extremely easy to aquire this year

if you're prestige 65 with mantle trout and polo grounds you get it. I have it but since I didn't "earn" it with a WS run or 12-0 run I don't use it

I guess I could have it then too since I'm over prestige 65 with Mantle, Trout, and Polo. I didn't realize it was that easy. Whatever. I won't use it. The way people play still disgusts me.

just play bunt defense and bring your 2b in... bunt cheese problem solved. 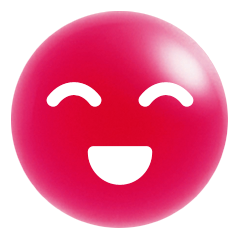 Bunting happens in baseball. Every coach, starting in middle school, makes you practice bunts. Besides, only certain players in The Show can consistently bunt anyway. When those players come up to bat, there are several ways to counter. You can pitch high and tight, or simply press the directional down button and adjust your defense. Now if they bunt, it's an automatic out. Simple. What's the issue?

Stealing bases happens in baseball. Every coach teaches pitchers how to hold runners on with a variety of pickoff moves, timing, etc. Again, only certain players in The Show have the ability to consistently steal. When those guys get on, there are several ways to counter. Throw over. Slide step. Have a great defensive catcher. Try a pitch out. What's the issue?

Now there's an issue with a bat? Who cares? It only affects the CAP. For everyone else, it's just a visual thing. What's the issue?

If I have 99 Jackie and you're too lazy to change your defense, I'm bunting on you. If you have Posada, or you're not holding me on or pitching out, I'm stealing on you.

It's all part of the game, bro. Simply learn to counter move. This sounds like the 3-0 argument! lol. Don't be salty. Instead, try not to load the bases and then pitch three straight balls. Then don't serve me up a meatball. What's the issue?

I'm not salty. I do play bunt defense and these guys just bunt constantly. Bunting is part of the game, but not where everyone bunts. Stealing is part of the game too, but not everyone including slow catchers run on every pitch. You missed the point. People don't want to play the game right. They look for exploits instead because they aren't good.

@rsetzer13 said in Every team in the Event has GOAT bat?:

I'm not salty. I do play bunt defense and these guys just bunt constantly. Bunting is part of the game, but not where everyone bunts. Stealing is part of the game too, but not everyone including slow catchers run on every pitch. You missed the point. People don't want to play the game right. They look for exploits instead because they aren't good.

Looking for exploits is playing the game, right. You're missing my point.

How is everyone bunting and running on you? Catchers not named Biggio are running on you? lol Just curious, what's your ranking? Im at 756 and dudes throw out my 99 speed guys.

I had a guy drag bunt for a hit with Mantle earlier. I adjust my 2nd baseman with Robinson, Biggio, Lofton, etc., but never Mantle. I suppose he was worried about hitting Maddux on All-Star.

I have it and my highest level has been division series and I've only gone 6-0 in br. Its super easy to get this year. I dont deserve it.

Looking for exploits is playing the game? I don't think so. I win 2/3 of my games without looking for exploits. Some of us here are looking to play real baseball and not solely defend constant bunting and running. I never said opponents were very successful at it against me. Relying on exploits is cheap and pretty pathetic. But, hey it's apparent you do that yourself and I've touched a nerve. Keep being cheap. I'll be classy. Cheap wins aren't my style and I'm proud to say that. You can't say that obviously. It must be miserable to live a life where you have to try to exploit the game to win. 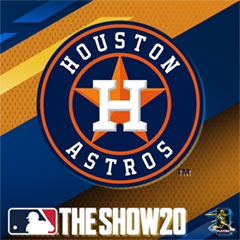 You get the picture.

Focus less on the batskin, and more on pitching and scoring runs. You'll find it more enjoyable to play.