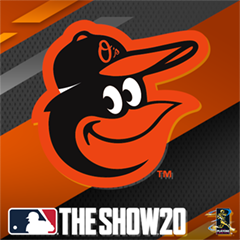 From the time that the half-price sale on packs started until this moment, I've opened 3,774 packs. While it's fantastic to get so many players, items, etc without spending a cent, there's one big issue with such activity... opening packs takes way, way too long when multiple packs are involved.

As a consequence of this time period during which buying packs with stubs is +EV, I've spent many hours in The Show 20 over the past few days, yet I haven't played more than a few innings, due to fact that it's only logical to take advantage of a +EV situation when one is presented. While I've certainly benefited from the addition of thousands of cards to my inventory, I believe that the entire process could be made much simpler by adding an "Open All Packs" feature, with the recently opened cards being presented in a team-like slot after Free Agents in Inventory or something like that.

An "Open All Packs" feature would be particularly useful in the Exchange. Going through the pack opening routine for a single card a few hundred times is maddening to the point that I've sworn off the Exchange for the most part.

Speaking of the Exchange, another feature addition which would be hugely beneficial in terms of efficiency would be to enabled exchanging all the players in a given category one wants to exchange with the packs/cards exchanged once the transaction is submitted. For example, let's say that I have these free agent cards which I want to turn into bronze cards: 1400 level 60, 300 level 63, 200 level 64. I can use the Exchange to obtain 100 bronze cards, but doing so is going to take forever as I select 14x60, 3x63, 2x64... and then repeat said process 99 times. (And of course, then have to waste time opening 100 packs which each contain a single player). It would save huge swaths of time if I could simply select all 1400/300/200 cards, hit submit, and gain the 100 bronze cards in exchange.

One other thing, smaller... it would be great if we could tag a card to Watch it, e.g. to gain collated data on cards we've chosen to watch, such as cards which we've bought in anticipation of flipping them when their level(s) change(s).

Thanks for taking the time to read. All the best to you and yours,
Bryan