How do we feel about moments?

This topic has been deleted. Only users with topic management privileges can see it.
SDS
last edited by ComebackLogic

Everything is moments these days, or a variation of moments, such as Showdown. I was thinking about the days before the moments concept existed in DD, when missions were to be completed in regular play, either against the CPU or H2H. While I’m not a fan of moments, mostly due to the fact I think they’re pretty much rigged, I wasn’t a huge fan of the old method of loading up your line up with grind cards and facing the Rockies on rookie either.

While it seems like a more sensible, streamlined approach to set you a task and then have you right there with the player to attempt to complete only that specific task, the reality is that you’re trapped in that moment until the game allows you to proceed. That’s my main issue with moments, they don’t feel like a skill based challenge, where you’ll succeed based on your ability, they feel like a time sink where you’ll be allowed to progress as and when the programming dictates you will progress. The Willie Mays level fielding from bad to average defensive players and the absolute flat refusal of the AI pitchers to play along with the script at times (Beaning batters with one hit left in a mission to get 4 hits including 3 XBH etc) would be a huge factor in this take.

I also just think they’ve taken the concept too far at this point. POTM is moments, Topps Now is moments, Showdown is just moments with a twist and the draft element of BR bolted on, player programs are predominantly moments.......

It would be nice if we saw something a little more imaginative in terms of mission design next year, I feel like I’ve been in a moment that represents every possible situation in baseball over the past two years. Not to mention some of these magical moments truly do last a lifetime. Or so it feels.

At this point in the year I’ve stopped doing them. Got Pearson but don’t care about Lue so skipped the moments. All the Tops Now and RiB cards I can buy off the market so I’m skipping those. Don’t need Cal or Rendon, if there’s a card I really want I’ll do some but not for the hell of it anymore.

I hate moments. They are boring. As a casual player I can’t complete many of them simply so I would have to play it way too much over and over. I would much rather have a guy in my lineup vs. the CPU and have to get 50 hits than 3 in a game including an XBH. I think they should introduce a season as a spin off of conquest with rewards for accolades and accomplishments.

I dislike moments. Which makes me dislike Showdown. The "Showdown" part is ok, but doing all the moments in between is awful. Then, if you lose the last Showdown, you get to do them all AGAIN! Not enjoyable to me. I avoid them whenever possible.

I dont mind them, its just that i thought the whole point of Diamond Dynasty was to build your own squad and then USE your own squad

I wouldnt mind an Offline season mode similar to EAs squad battles. A weekly thing in which you get packs and vouchers for high placement finish. Vouchers could count towards several cards available, similiar to the old Ticket Counter system

I hate them. I hated them last year and ill hate them next year.

I much preferred putting players in my lineup and knocking out 2 or 3 in the same game. Though I never did that thing were you played the Rockies on rookie and quit after half an inning. I just played regular games.

What I really miss is the career stats from 17. It was nice that everything you did counted for something.

They were the worst idea ever. At least the Player Lock ones. I don't necessarily mind one or two here and there where you've got one at bat to jack a dinger, but when you've got 6-7 moments that all requiring essentially the same thing...(Get "X" XBH, TB, etc). It's dumb. Then add in the fact that you can't control your runners, can't control you're defense on during pitcher moments. It's boring, repetitive and flat out Lazy imo. I get the idea of the player lock, to achieve those goals w/ that player, but they've got to be able to let us have control of the rest the game while doing it. The team ones don't bother me, like the Ruth Moments, and the Signature Moments from Last year. I'd like some "Rivalry" Moments, give us an All-Time Red Sox team and make not only beat an All-Time Yankees team, but have us attain goals in game as a team. So even if you win the game, you get points for it, but you can keep replaying it till you attain all the goals in a single game, i.e hit 2 HR, 4 XBH, Steal a bag, Score 5 Runs, Strike out 10, etc

@James97M said in How do we feel about moments?:

I don’t mind the grind but what I do mind is 3 xbh with a player. Never can accomplish it

@nymets1987 said in How do we feel about moments?:

@James97M said in How do we feel about moments?:

I don’t mind the grind but what I do mind is 3 xbh with a player. Never can accomplish it

LOL Agreed, Cause replaying the same moment for half an hour that literally rewards nothing until completion is so much better than playing the game and having every inning, hit, run, rbi, etc count towards something.

Moments is SDS forcing a RTTS engine on you.

I play RTTS to get away from DD.

BTW, your PS4 gets hotter when playing moments. Not sure how many people notice though.

Anderson is slow as [censored] and sucks there I said it

I don’t mind moments. All the moments are parts of baseball history you recreate. It’s not just some hit 3 Xbh in one game for no reason. They were actually games that player did something great. I like them more than staking a line up certain teams and playing on rookie.

@CDNMoneyMaker93 said in How do we feel about moments?:

Nothing about the 3 xbh Anderson moment says quick to me

@nymets1987 said in How do we feel about moments?:

@CDNMoneyMaker93 said in How do we feel about moments?:

Nothing about the 3 xbh Anderson moment says quick to me

Haven't attempted that set yet so cant speak on the matter

Seems like a lot of people share my view, namely, that moments are boring, repetitive and feel like they’re just designed to waste as much of your time as possible. I’m praying that next gen and cross platform equates to a rebuild of everything, including the same old game modes we’ve seen for the past few years, however, I’m more hopeful than expectant, given that SDS have shown limited imagination in that department.

I........ like them and don't like them. I enjoy the more casual moments that take maybe 5 minutes, it's something relaxing to do.

@eatyum said in How do we feel about moments?:

I........ like them and don't like them. I enjoy the more casual moments that take maybe 5 minutes, it's something relaxing to do.

Oh yeah “hit one home run” is fine. It’s more the “get 3 XBH” or “pitch 7 innings, while striking out 13 batters and don’t give up more than one hit” that get me. Especially when you have 15ks through 6 1/3 and they pull a slider down and away out of the zone 500 feet. 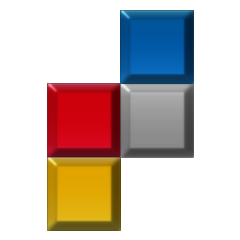 As has been said, the 3XBH missions (when the pitchers throw mostly balls and even hit you on occasion) are super frustrating. I’m not the best but am not the worst either, and those missions feel like I’m just wasting my time with nothing to show for it after a half hour or more of failed attempts. I’ve nearly destroyed my controller over these stupid things.