This topic has been deleted. Only users with topic management privileges can see it.
SDS
last edited by Red_Ted_is_back

I’m RTTSing with a catcher for the first time ever in 13 years of playing the game. I’m seeing a lot of poor decision making by the CPU, seemingly to give me some fielding opportunities. I’m wondering if any other RTTS catcher players get them too. Tactics such as:

I feel that these inappropriate opportunities are there simply to boost my attributes.

I would like to know others’ experiences as an RTTS catcher and how long it’s been like this. 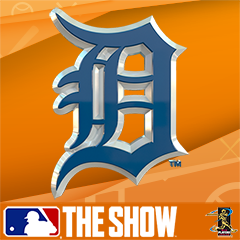 I’ve experienced this behavior playing as a first baseman and third baseman. It’s infuriating. We all know those actions don’t happen in the real game.

If it’s being done to give me opportunities to boost my fielding attributes, instead of artificially creating unrealistic plays, stop doing this and have the actual opportunities give more of a boost instead. Or have more off-field training opportunities.

As a 1B I have seen Giancarlo Stanton, Luke Voight, and Miguel Cabrerra bunt for a hit. I have seen numerous times that a CPU player will bunt with runners in scoring position and 2 outs. I have said that if I was Manger and my player did that I would bench him for a week. I can't say that it is to boost my attributes because I have seen other things that are in the game that is designed to reduce your attributes. I believe it is just that SDS programmers don't understand baseball they are just computer geeks. I could go into many things in this game that are flat out stupid.