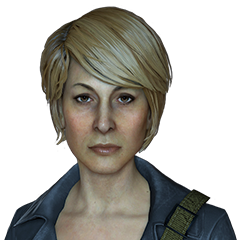 How would you rank the Team Affinity programs based on their FOTF and/or Finest rewards?

No bias putting Braves at number 5, none at all.

No bias putting Braves at number 5, none at all.

Dude Freeman was killing it for me in this event. He has more HRs than machado. And I have absolutely hated every Finest pitcher except Lynn, Williams and hand

That Eloy and Iglesias cards have been nice surprises as well

The Rays have the most underrated one, all their players have been good and usable when for the’ve come out. 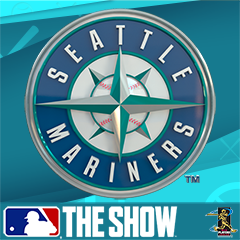 Why am I not seeing the Blue Jays on your lists? Lol

I’ve only tried them for a few games, more so the pitchers. My favourite pitcher is probably Darvish, he has crazy break on everything. Just really mix it up, throw everywhere in and out of the zone. De Grom has been decent, but he’s pretty A-B-C in terms of pitch selection. He hit a grand slam yesterday that made my opponent quit too! Of the lower tiers, Ryu throws really slow and should be batting practice, but if you mix it up he can be fun to use.

Hitter wise, the meta cards like Machado and Soto have been pretty average for me. I’ve sold them off. Tim Anderson, Lindor from collections and Eloy Jimenez, on the other hand, have been decent, admittedly over a small sample.

My stage 1 favorites were easily the A’s and Rangers but now they’ve fallen off the map and the Reds would be my easy pick from 2-4. The Dodger, Padres, and Braves have also had a very desirable card in 2 of the last 3 stages.

But that Justin Turner was one of my favorite TA1. Nobody in the universe cares about Graterol — not as a FS card, not as a ball player, and not as a human being. But Orel was great and Mookie is Mookie.

Matt Olson is so good that he makes up for me not remembering who Oakland’s FS was. And Liam Hendricks is solid — though perhaps not quite as sexy as Liam Hemsworth. He’s got it in the face but not in the abs. Both gents have very respectable flank steaks, obviously, and while Hemsworth has a significantly more toned buttola, it’s not quite as shapely as Hendricks’ hind quarters. Or Kate Hudson’s. No joke. You wouldn’t think that skinny little white girl would have anything to write home about but no joke, Google “Kate Hudson Skeleton Key” and scroll until you find the undies pics and you’ll find some badonkadonk photos that are guaranteed to make you write home. Like m “dear great grandmama — today I saw a rumpkin that was almost as beautiful as yours. Can’t wait to see you at thanksgiving.”

I also thought the White Sox had very solid cards at 1, 2, and 4. And even though paulie has been a bit underwhelming, he’s been fun to use now and then.