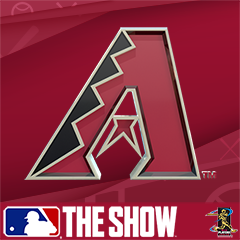 I think I figured out what is going on with the Eck mission of 15 K's not working for some, including me.

After playing a game I looked at the progress of my missions and it said I progressed RBIs with Braves (Matthews mission). I don't have Mathews and shouldn't be progressing this mission yet, but there it was.

I'm betting that I got the 15 K's with RPs before I unlocked that stage, but the game already thinks I did it and it isn't giving me a chance to do it again. I'm guessing those that did get Eck hadn't gotten to 15 K's yet (saw one post saying he got 5 K's in conquest and that was enough).

If this is the case it will be a bigger issue when people start getting their second of these evolution cards and already achieved the offline mission before it was ready to count for the evolution.

I don't know what the cause I would just like it to be fixed and if they could count those strikeouts retroactively then that would be great.