You know when you get in a game with someone and their record is like 35-100 so you tell yourself “I better win this one” .. then 3 pitches into the game your down 3 nothing wondering how he can hit literally anything thrown up there. This was off my deGrom who in 180 IP I pitch to like a 1.10
It’s just confusing that people with that hitting ability can have horrible records. It’s not the first time. 35-100 with the hitting talent? Just wondering how that works out.???

Me to last year. Within 2 months I went went averaging 2 R to 6 runs a game. But this one was SO good. A FB. And change up and a slider into the game it’s was 3 nothing lmao

180 innings with a 1.10 ERA? That's more unbelievable than a 35-100 player hitting three straight home runs. Gonna guess most of that is not online?
Also and this is just me spitballing potential reasons why.

Idk, those are just random thoughts, probably none of them are correct except the luck one.

Just because his record is that doesn't mean he can’t square up balls. He could be playing guys who are just good so he's getting beat a lot, or he could've had a team that wasn't so great compared to some guys before, but now towards the end of the year he has better players so it's easier to hit the ball. Also you could get a little too confident sometimes and just feed up strikes to a guy that usually chases balls. There's a lot of different reasons why this scenario can happen, I look at the record but I try not to worry about it when playing it's just gonna mess you up if you think about it. I like to look the player up on the show website when I match up to see their tendencies, like percentage of balls they swing at and how much they steal along with percentage of strikes they throw to get an idea of how they like to play and then I'll attack in a way that I think works. For all you know that guy could swing at 85% of pitches so you threw 3 strikes and gave up 3 runs, but if you know that before hand you can throw 3 balls and get 3 outs just as quickly.

Personally, I don't think either of those scenarios to be the likeliest one.

Chances are, he's using directional and that the game is equalizing the playing field by rewarding almost anything to make the game close.

I've noticed that it's been particularly bad with this last event where it feels like there's a tiny black hole at the center of the zone and that my pitches have already entered the event horizon. I can have guys strike out 8 times in 3 innings and then hit one miraculous bomb with me getting good/good pitching input on a pitch aimed at the toes, but still landing in the middle of the zone. 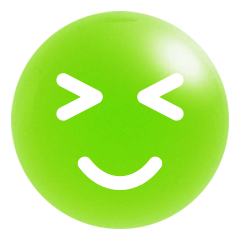 Was you dotting your pitches or leaving them over the middle? Because with a record like that it usually tells me that they don’t have good discipline and are willing to swing at anything.

I am not the greatest player but in MLB 18 I never got close to .500 this year I'm like I think 30 games over .500 so he could have practiced and or he just plays to have fun and doesn't really try. Or as has been stated he could have gotten lucky. Normally I test a bad player if I see they have a terrible record I start with bouncing breaking pitches if they swing at them a lot I hardly throw strikes and let him get himself out. However sometimes as happens in real life baseball pitches hang. But at the end of the day even the worst of players can have an amazing game. I've had one where I played a guy who was like 500-156 or something like that and I threw a GCSO with SS Kershaw and won 1-0 the RNG in this game is insane 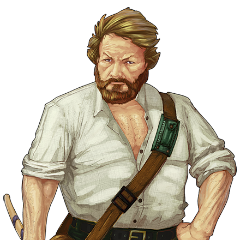 I’ve noticed lately I not matter who i pitch with, control is out the window, release is good but the ball is magically left over the middle Or misses ridiculously. It’s like the game is forcing me to throw it in a hittable location, and I’m getting destroyed every game now lol...I use pulse and didn’t have this issue for 700+ RS games, now I couldn’t locate a beach ball If I wanted to