This topic has been deleted. Only users with topic management privileges can see it.
SDS
last edited by UncleSandra

This is the most frustrating aspect of the game. I grind to get to the MLB with my catcher. I then get moved to first base. I then get stuck at first no matter what I do (can't be traded to a team that needs a catcher). Ive now skipped 5 seasons in order to try free agency and become a catcher again. I didn't receive 1 offer to be a catcher. Complete waste. I just want to play the RTTS as a catcher that's why i started as a catcher. Too bad they can't just implement a setting where you can change your position for the team. Just terrible, this is so frustrating. Its really fun playing a baseball simulator.

I feel your pain, and be prepared for people telling you that's how it is in baseball. It's a video game where you simulate your career, if you want to be a catcher, you should get to be a catcher...period

I’m with y’all. I understand the idea of making RTTS feel realistic. But then there are all kinds of contradictions in the realism department. Straight from the draft to AA? Bowman Scouting Day? Omar Narvaez in AAA with a 63 overall catcher starting on the MLB roster? It all gets a little funky. But hey, I still love it. If the dude wants to be a catcher, let him be a catcher!

yes and if I make a position to i wanna stay there not be moved or asked to play elsewhere that is why I make a position a team needs and go with that.I pretty much get left alone and end up staying put.even if they ask I just refuse is flat out.they do 2 things let you play there or trade you..

I mean I still get and enjoy the game, but it has literally been my least part about it since it was wrongfully implemented in MLB The Show 18. Yes, even more so than the bogus late round picks. 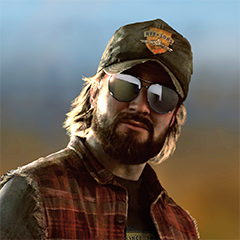 I have to admit, I've seen these complaints before and just assumed players were talking about 1 of 2 things...either the temporary position change that happens to every player, or they didn't build their player correctly, which I've personally done before. That said, this happened to me last night, and I'm livid about it. I have 8 RTTS players that I cycle through. Yesterday, I started playing my Control Freak SP, playing Spring Training in his 2nd season. About halfway through Spring Training, the skipper calls me in and tells me they're going to move me to Closer. I definitely don't want to be a Closer with this player, as I already have a Closer that I play...don't want 2 of them. But, I go along, thinking it's going to be temporary. Same day, my agent calls me and asks my thoughts about it. I tell him I want nothing to do with Closer, I want to be a starter. So, I played the ENTIRE [censored] season as a Closer, without so much as hearing back from my agent...the whole [censored] year. Then, after the season ends, I'm offered a 5-year contract as a Closer. I try negotiating it, and of course, get declined, and have to accept 5 years. THEN I hear back from my agent, and I tell him, I want to be a starter, or I want out of Detroit. His response: "[censored] son, there's nothing I can do for you, you just signed a 5 year deal". As FYI, this Starter plays for the Tigers, and his baseline attributes were solid enough for him to be #2 starter behind Fulmer, even as a 2nd year guy.

There are so many problems with this. Even for those making the argument "that's baseball"...well, no, it isn't. In real life, if your agent doesn't contact you about an issue you've raised with him, for the whole season, you fire that agent and get a new one. Hell, if it went on for a month, you fire him. There is no argument or justification for this. The system is flawed. The fact that your agent contacts you in the offseason, every year, AFTER you've already signed a contract, just makes no sense at all. What is the point of having an agent?

What is the solution?