OK, I have an issue. I started as a SS and they moved me to 3B. I demanded a position switch back to SS and it was granted. I am now listed as a SS and in the team lineup is has me at SS. When it goes to the next game, I am still at 3B on the lineup screen, and the SS is filled by a lesser player than the SS I replaced. For example Darby Swanson was the SS when I requested the change. Now when the games start I am still at 3B, he is at DH, pushing Miguel Andujar to the bench, and inserting a 68 overall AAA SS now. In the team lineup on the home screen I am at SS, Andujar is 3B and Swanson is at DH. I now have reached FA and any team I sign with puts me at SS in the team lineup section. When the game starts I am back at 3B. Has anyone else ran into this issue? I even took 3B away as a secondary position and still only play 3B even though I am listed as a SS. 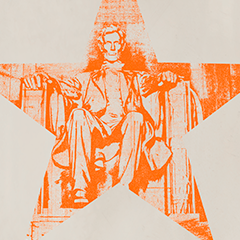 How long has that gone on for?

I had that issue for a series with my center fielder. They moved him to right, and after I got moved back, I wa slisted as cf but played rf for that series.

After that, I was back at center.

This has been going on for half a season and now into Free Agency. No matter what team I sign with