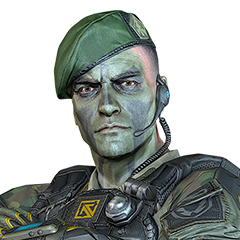 Best posts made by ArmyND

Cant believe they changed double points in MTO. There is no point to the mode anymore.

will not be playing MTO anymore because of that. Perhaps that is what they intended

posted in General Discussion •
RE: The Only Player I'll ask SDS for: Tim Lincecum

Brian Wilson should be considered a package deal with him

posted in Diamond Dynasty •
RE: Have you gotten a new hobby during quarantine?

Getting yelled at by the wife...does that count?

posted in Off Topic •
RE: Stop throwing horrible pitches during moments!

posted in Diamond Dynasty •
RE: Where in the world is...Ramone San Diego?

They should add the Marlins fan in the orange jersey too

posted in General Discussion •
RE: Another note to improve "Moments"

Obviously not a huge thing but I wish we could restart the mission mid pop fly like we used too. Not a fan of waiting until the play is over.

Not a fan of how it looks now for some reason.

posted in Diamond Dynasty •
RE: Kraken? Awful Name For A MLB Team

posted in Off Topic •
RE: Al Kaline

I’m over here a grown man playing a video game cursing in the loudest whisper possible to not wake my family up...the only thing good that’s came from tonight is being able to test the durability of my gaming chair.... so far it’s withstood the beatings....

My wife calls them man tantrums, she doesn't understand, the struggle is real

Latest posts made by ArmyND

RE: Police and military should use moments as interrogation tactics

@vagimon said in Police and military should use moments as interrogation tactics:

I think using moments as a means of torture were banned by the Geneva Convention. Otherwise, it’s a good idea.

Trouble with the curve....but I enjoy all baseball movies, drama or comedy.

posted in General Discussion •
RE: Is There ANYONE Playing the Event ranked < 700?

@SaveFarris said in Is There ANYONE Playing the Event ranked < 700?:

First game...opponent will have a 12-0 banner, WS icon, GOAT bat, God squad all prestiged, and hits everything near the zone with 115mph exit velocity.
Second game...opponent is using all silver lineup for dailies with Kluber pitching and a CAP named Mike Hawk, team named suckdeeznutz.

I probably lose both games anyways.

Purple galaxy....helps a little but I'm still dog feces online. I just started using them this year so really it just takes some getting used too and making adjustments. I'm always under the ball no matter what. I just need a lot more reps. Just give it time and glean whatever advice people give in the forums. A lot of good players share tips and they've all helped me at some point.

posted in Diamond Dynasty •
RE: What time is the season over

I made Pennant Race, that's the poor man's World Series for guys that suck like me, haha

I use the purple galaxy. I went from being absolutely dreadful to just slightly below average. It helps improve on my slow reaction time trying to get my PCI on the ball. After using them I cannot go back to the standard analog sticks.

Playing early in the day for me is a guaranteed loss. I've been on for about an hour in the event and have 0 wins. I either can't get a hit at all or get walked off on. I was doing just fine last night. It's incredibly frustrating