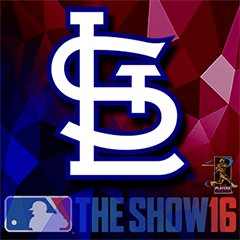 Best posts made by czyzdustries

Well you should know how to hit him by now then.

Packs are worthless always , unless they are free

posted in Diamond Dynasty •
RE: Harper and Thomas have lower prestige requirements

@InigoMontoya_75 said in Harper and Thomas have lower prestige requirements:

Anyone noticed this? The only player in all of the prestiges who requires less hits than Thomas is Bellinger. Ortiz needs far more stats.

I wonder if they're lowering the requirements because so few "average" players (i.e. me) have any prestiges complete.

If they did good. Not everyone is an online player. Large programs like that should be able to be completed either on or offline. Maybe next year.

posted in Diamond Dynasty •
RE: Ummmm

Castellanos is terrible. He never should have gotten upgraded in the first place.

Thought you were done. Why are you still posting?

The three triples in conquest took me 2 games. I’d give that a shot esp if you need to finish conquest.

posted in Diamond Dynasty •
RE: Any luck with HRD packs?

@eatyum said in Any luck with HRD packs?:

Eh, I just bought all the low tier off the market to save myself the trouble of spending 20k to get them in packs.

posted in Diamond Dynasty •
RE: Can't believe I'm about to say this, but

posted in Diamond Dynasty •
RE: Someone just destroyed the Schwarber market

There was a Schwarber market?

If you link your account then Drops are redeemed by watching any streamer playing MLB The Show. We can't give specifics, but we set them up to be pretty generous.

Been watching streamers all day and haven't received since 2pm

Same thing here, I watched streamers for about 4 hours and never received a single pack since around the end of SDS live streams. I didn’t get anything for watching streamers play the game at all! Hope this gets fixed soon!

I watched from 10am until 2am yesterday...one stream at a time, volume on, twitch showing me as “on,” posting in chat.... ZERO packs.

Latest posts made by czyzdustries

RE: LS Chapman or 94 Billy Wagner?

posted in Diamond Dynasty •
RE: MV3

I think a prime Chris Carpenter card would be cool or a Rookie Rick Ankiel.

And no love for Jack Clark either.

Been saying this for years. Also been chastised for it for years. Been getting worse but this year is really bad. I think it has more to do with the pandemic and amount of people on the internet with this year being worse. Game needs better matchmaking. I would rather have 5 minutes getting a good connection than instantly finding a game with a bad connection.

I’ve read some of your posts about ping and they were all very intelligent and made sense.

I feel bad for people who don’t play much, and try out ranked for the first time and end up getting a bad game or a few bad connection games in a row.

I am a fairly competitive person and when you get those [censored] connections, and 93 is 110, it’s like you have to battle your already equally good opponent with a major handicap. I wonder if the opponent experices lag the same as you in a bad game or if it is just one sided.

I have 400 MBs hard wired , fiber internet that moves at the speed of light, and I try to be home game to ensure that I’m hosting. But you still get those bad games no matter what. Comebacklogic being in England with a smaller player base makes me think a lot of the millisecond delays and glitches might be a distance thing. Like if I get someone close to me (I’m in upstate ny) it’s smoother, but if I have to match with someone in Canada or California I have a better chance and experiencing latency induced glitches.

I’ve Also noticed when I speed test my PlayStation it maxes out around 70 down and 6 up, every other device in my house can pull 400/40. Not sure if that is part of the problem and I don’t know how accurate that PlayStation test is but no matter what I tinker with it stays at those rates on the internal test

I can tell usually in the first inning whether I am going to win the game or not and it has nothing to do with the opponent. I have mentioned numerous tell tale signs that I look for.

Haven't really looked into the playstation speed test too much. I have gig internet and am usually around 30 down/5 up on the ps. Heard it was capped but I have seen it around 80 up/80 down before but that is very rare.

My connection stuff are just theories since I don't have access to the actual data. I just know there is a serious connection issue somewhere. Could be my connection for all I know. I would like some connection info like pubg and other games have that tell my ping, packet loss and other things. With softball and corporate challenge more than likely being back, I will not purchase next year. I wasn't going to purchase this year but the pandemic changed that.

The up down doesn’t matter as much as the ping rate (and WiFi if your not wired). And it’s not just on your end but the opponents as well.

I’ve had same issues as stated here. One game no lag another game lag city. And like last night it seemed to be one sided. When I was pitching every pitch went to the plate in “slo mo” while my opponent was throwing 90mph fast balls down the middle and I was consistently “late” even on sell out FB swings.

posted in Diamond Dynasty •
RE: Okay, Live series Mike Trout, how many times have you got him?

Been playin since 2017 still yet to pull Trout... With the amount of packs i've opened kind of blows my mind lol.

Of course I pulled him in a free pack

posted in Diamond Dynasty •
RE: Okay, Live series Mike Trout, how many times have you got him?

In my last two games my opponents have combined for 48 checkswings, and 44 of them being balls. Some of these are completely ridiculous on how they aren’t strikes. So SDS let’s fix this where guys with 125 discipline can barely get a check swing but guys with low discipline can just check away. By the way a 91% percent check swing rate is astronomic

I had a game like that the other day too. Totally frustrating.

posted in Diamond Dynasty •
RE: Question about Internet speeds in RS play

I could not play until this year due to trash internet. Although my connection speed was fast it also matters how your ps is connected to said internet.

I do notice now when I am playing someone with a poor connection. There are def lags for example when a pitch is incoming at I swing. It “freezes” for a second.

posted in Diamond Dynasty •
RE: Topps Now - Get on it!

lol. So much for people that planned on making $$$ on the Tops Now cards. Free falllll...weeeeeeeee....