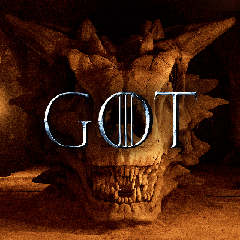 Best posts made by dantheranman

After playing the USA conquest map for the 8th time (at least) I finally got a diamond pull (from these specific free packs) but it was Trout. I had to double check my inventory in the middle of the night to make sure it wasn't a dream haha

I hope it's not another Yankee

posted in Diamond Dynasty •
RE: For those who exchange TA

@ComebackLogic said in For those who exchange TA:

I know this doesn't help but Eddie Matthews was so easy to finish and he's probably the best 3b if Sheffield isn't a realistic option for you.

It's all about getting territories. Every 3 territories gets you 1 reinforcement. I usually don't even attack other strongholds until turn 5 or 6. It's a little annoying in the beginning when all those cpu turns are happening but it gets better.

I don't waste time stealing fans unless there's a mission for it. Also, when you 1st take over a stronghold that may have a large influence, only attack around there further if there are threats to attack. I just conquered Colorado who had a bunch of 3/4s around the perimeter, but far enough from the stronghold that I just let them be so they can duke it out with the other cpu teams while I shore up my territories.

I've played that map around 8x now (and finally pulled a diamond Sunday - Trout too!). It's a fun way for me to kill time when having a few drinks, etc

Yeah I gated it for the last home run

I literally pulled all free agents out of a 3 pack recently, I've also pulled Trout from a 6 pack. It's all dumb luck in the end

I'm enjoying my Jose Fernandez cocktail as we speak (aka a splash on the rocks).

Considering I've played the main map around 7x now (cuz I love packs but don't buy), I'd be all over this.

I would definitely restart if you don't get an xbh off the 1st ab. He's fast enough to steal 3rd.

Latest posts made by dantheranman

RE: Niko Goodrum my mvp right now in the event😂

Good fielder too. Nice option for SS and helps get the team to 90 ovr

Any tips for getting through these moments? I'm stuck on stage 2. I cant hit a HR, the wall feels like it's a mile long. Perfect-Perfect on a hanging slider down the middle with a power swing and it was caught at the track. Not getting any doubles or triples with him in conquest either.

Its becoming a huge time sink.

At Forbes? Just hit that gap and run. Also be patient because they don't pull the pitcher. Dude will be at 250 pitches by the 9th. I've gotten it over the wall and in the park.

Haven't used Jose (he'll be my last pick) but Thames is great.

posted in Diamond Dynasty •
RE: No Prime/Signature Shortstops for next Event

Gonna try Ryne. If it's terrible I'll go with the best possible fielding SS and bat them 8th, pinch hit and keep another on the bench.

posted in Diamond Dynasty •
RE: Shortstop for the next Event

@PUIG66RULES said in Shortstop for the next Event:

@mwolve87 said in Shortstop for the next Event:

If the next event is Signature and Prime players, who will be eligible to play Shortstop (at least as a secondary position)?

I think you can put Ryne at SS with bronze defense. Don't mark my words.

I hope it's not another Yankee

posted in Diamond Dynasty •
RE: INDEPENDENCE FROM THE MARKET

Until you start going for TA exchanges

Curious about this myself. I think Griffey will help get them to 70 today. I sold Walker for 103 after tax earlier this week but fully plan on buying all 3.

posted in Diamond Dynasty •
RE: No Money spent Mickey - Now what?

I focused on TA after finishing mantle nms a few weeks ago. I'm also collecting everything I can for a Honus collection, especially near qs value.

I was mostly single player but I'm now trying events, especially for TA goals. They're fun

posted in Diamond Dynasty •
RE: Predictions for 3rd flash sale

Flops on the Pond