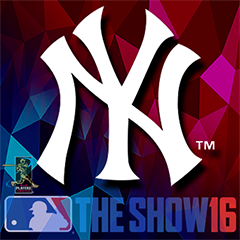 Best posts made by domdw99

Haha my favorite is Chapman having a sinker. Don’t know when he developed that since I watch every Yankee game.

posted in General Discussion •
RE: Inconsistent hitting is back with update 1.04

Stop listening to cry babies that didn’t want to learn how to hit. Game was perfect in terms of hitting. If anything they should have patched more strike calls on boarder pitches, that would have helped even out hitting. Instead make a new patch that just ruined hitting. And I know some hero gonna get on here and say “dude hitting so easy do this do that” idc I’m a very solid player and it’s an opinion.

Guy comes on here to say there was an issue and they are investigating it and lotterally the comments after are people saying “I didn’t get anything”. Yea they know they just said that

I’m sick of striking kids out looking only to have it be called a ball then later in the at bat my pitcher hangs a pitch cause u have to throw in the strike zone and it gets hit out. Stop adjusting the hitting and fix the pitching and strike zones. It’s not hard

To be honest you should feel lucky this is ur first time in years experiencing this. Haha

posted in General Discussion •
RE: You're down by three...

My thought still hasn’t changed on this. Easy fix, take 2-3 full innings to warm a SP up fully and if they put him in before that his energy is super low along with confidence. And if u do want him up fully to use him his energy should get drained by double the normal speed to account for it. Simple easy fix. It’s ok to use a SP out of the bullpen but let’s handicapt it so it makes some sense in the long run.

posted in Diamond Dynasty •
RE: Inconsistent hitting is back with update 1.04

No tips from me, I'm not a child, I don't play with the PCI on..let me go ask my little cousin, he might know...I'll be back.

Just curious why the PCI makes a player a child? Last I checked zone hitting is the highest skill level of hitting. I know it’s an attempt at trolling just don’t understand it.

posted in General Discussion •
RE: No way SDS does much testing on game or patches

Yea I have to agree with the caronavirus stuff. I work in health care and it took my a second to stop and be like Oo yea they don’t have a job that’s considered essential so they are probably not able to get into the office where they might to more patching and talking together. Do I think they could still do a lot of this from home? Absolutely. But do I think we all need to just realize it may take till after April 30th or when these bans get lifted to get some better patches. I have my moments of getting mad but end of the day it’s just a game, non of us are making money off of it, so take a breath and wait. We have months of gaming to come. Just a two cents thought

posted in Diamond Dynasty •
RE: Inconsistent hitting is back with update 1.04

I more just get annoyed that the second you get confortable hitting and start being consistent they change everything so that the guys on twitch who dictate the game complain about stupid stuff and they drop everything to fix it for them. If you don’t listen to me at all SDS I wouldn’t care but please just add a patch that adds more strike calls. I’ll always Be a good hitter but u need to help pitching out cause anything in the zone gets roped as it should. But it allows ppl to just sit sit sit and never have to like react to a 2 strike count on a ball close

Latest posts made by domdw99

RE: If you use Kluber & Newhouser every game, you're part of the problem

It’s a fantasy team based game. Happens in almost every competitive based game. Ur gonna always play the best most OP players cause everyone wants to win. Play MUT for a few weeks and count how many times u play either Mike Vick, Lamar Jackson, or Mahomes at QB. Or play the exact lineup game after game. It sucks yes but at the same time no one wants to lose so they won’t put a worse pitcher in just because. Just buckle in and get used to it.

Haha can’t even get any information from this thread. Thought I’d watch a streamer see how the hitting was. Just so toxic, all they do is complain. So I’m sure a new patch will be out soon to keep the steamers happy. Meanwhile I’m watching and out of like swings on a ball 3 arnt squared and ball doesn’t have huge exit velo so it’s the games Fault. But doesn’t say a word when they hit an early ok HR. Streamers are the toxicity of the community.

Haha I think at this point he’s just trying to see how man responses he can get in his thread. Everything has been answered as perfect as it can be but he just keeps saying we are defending cheaters and blah blah can’t keep up with it all. He won’t be satisfied until one of the SDS guys gets on here and says “omg we are so sorry you got two losses u didn’t deserve, we are rectifying that. And while we are at it for your hardship you had to endur during these two losses here’s a 1 million stubs and a free mike trout” even then from what I’ve read he would find a way to like be mad about it.

Because some streamer convinced people it causes people to throw more balls. If anything just makes the person get caught off guard so they throw a ball by accident. That’s it tho it’s just for try Hards who worship streamers.

It’s not just one game.

Haha it still a video game at the end of the day. Do you get paid to play it? If the answer is no then it’s ok. It sucks I know but still it’s a VIDEO GAME. We all feel the same as u but there’s nothing else to do. Maybe one day they will solve the problem but as of now u either sit there and wait it out and play Zero games until the other person quits or u say [censored] that sucks and move on. Trust me I’m as competitive as the next person but I remind myself daily that I’m not getting paid to play and it will be ok.

@Rabid55Wolverine said in Online play has become a disaster:

Funny how you guys blame everyone except the actual cheaters.

You skipped my question earlier and who exactly is cheating? Are you saying the other guy made the freeze off happen? Everything you've talked about in this thread has been answered and you've been told why. As far as defending cheaters, no one is doing that at all,at least not from what I have read

Haha this kid just isn’t getting it. End of the day needs to realize it’s one freaking game that he lost. It sucks we get it. What do you want us all to do write a petition and get it signed by the entire community and sent to SDS to get you your win for a connection issue. We all understand and have been in ur shoes dude. No one cheated u experienced poor server issues. You didn’t want to wait which I wouldn’t blame you but the way the game works that gives u a loss. End of conversation end of thread. It sucks and u lost when u should have won. But guess what it’s a video game and ur still breathing. It’s ok.

To be honest you should feel lucky this is ur first time in years experiencing this. Haha

No, I didn't "lose." I was winning handily. And you make it seem like I just turned the game off the moment it froze; I waited a FULL HOUR. Amazing that anyone would defend this garbage.

Haha he’s not defending anything. These so called freeze outs happen once and awhile. The game doesn’t take into account whose winning or losing. The game still thinks both players are connected despite the freeze. So which ever player decides to just say screw this and turn there game off or reset loses the game. Score has no merit. It’s really just a cheeky way for a person losing to snag a W because normally they have 0 life and will just leave there PS4 on that frozen screen for hours if not days until the other gives up. It sucks but that’s what happen. Been in ur shoes before.

posted in General Discussion •
RE: Mlb the Sinker 20

Haha my favorite is Chapman having a sinker. Don’t know when he developed that since I watch every Yankee game.

posted in General Discussion •
RE: The Starter out of the pen problem and how to fix it.