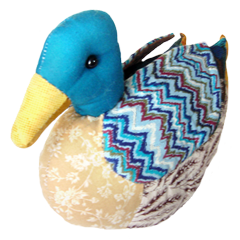 Best posts made by DriveByTrucker17

RE: Starters as relievers

The idea isn’t the issue, the execution of said idea is the problem.

Starters coming out of the bullpen is part of baseball, and will likely become even more prevalent in the future. SDS just needs to figure out how to limit the usage of starters out of the pen in RS.

2K is an absolute trash company, and SDS is way better than them.

posted in Diamond Dynasty •
RE: 99 Snell?

I think you just played against Blake Snell himself

Edit: just checked your game history, and yes you did actually play against Snell.

posted in Diamond Dynasty •
RE: Feierabend is patched

@Nats19Champions said in Feierabend is patched:

Agree. I had some cheater bring him in a few weeks ago. I had no idea who he was and was stifled for several innings before finally hitting a walkoff homer. It felt so good to beat the cheating piece of garbage who used him.

I don’t think you understand what “cheating” means.

posted in Diamond Dynasty •
RE: No more exchanges to collected players?

It was a decision based solely on greed, there’s no justifiable reason that it needed to be made.

posted in Diamond Dynasty •
RE: Need to talk about locked collected cards

Pretty sad that people are actually okay with/support this.

posted in Diamond Dynasty •
RE: $1200 Stimulus Check. How much we wasting on stubs?

spent $50. Pulled my 3rd Trout of the year, completed the national league collection. The rest of my stimulus goes to my wife.

We don’t care about your wife Ramone, give it up already.

posted in Diamond Dynasty •
RE: I lol at people being scared of Trout online

I’m not sure what the point in this post is.

posted in Diamond Dynasty •
RE: Stealing online vs anyone remotely good is impossible.

Stealing was way too easy last year, I’m glad SDS actually did something about it.

Latest posts made by DriveByTrucker17

Am I the only one that will get mad if they get an AL CF, and its Springer? I need Flaherty and Yelich for the diamond NL Central

Save yourself the trouble and just press square.

This used to be a thing.

They removed it because, like you said, people would just stack their lineup with one side and back out until they got a pitcher with the opposite handedness.

posted in Diamond Dynasty •
RE: Ducks on the pond and Player program tomorrow?

They’re on the schedule, so I don’t know why they wouldn’t be.

My guess is the packs are 20/25k and the odds stay the same as last time. It will be interesting seeing how many people get trolled tonight by a certain center fielder.

I implore everybody to save themselves the heartache and just press square to reveal it.

Or jumping in the pool first instead of slowly stepping in.

My guess is the packs are 20/25k and the odds stay the same as last time. It will be interesting seeing how many people get trolled tonight by a certain center fielder.

I implore everybody to save themselves the heartache and just press square to reveal it.

Whether he was better on the gridiron or the diamond doesn't matter to me. I'd just contend that Bo would've had a better-than-decent shot at Canton AND Cooperstown if it weren't for that serious hip injury.

Give him 15 mostly healthy seasons in both sports (averaging 13 gms/yr in NFL and 125 gms/yr in MLB) and he might've accomplished it. No doubt in my mind about Canton as he likely finishes north of 12,000 yds rushing with 100+ TDs & a highlight reel rivaled only by Barry Sanders. Cooperstown might've been tougher to crack since he struck out a ton (averaged 196 Ks/yr) and was only a .250 career hitter (not to mention playing a good portion of his career during the Steroid era). But he also averaged 33 HR and 19 SB (per 162-gm). That's 450+ HR and around 300 SB over 15 yrs. Bo might've had a career similar to Andre Dawson (HOF).

On the baseball side of things, I doubt he would keep up that HR and SB pace for 15 years.