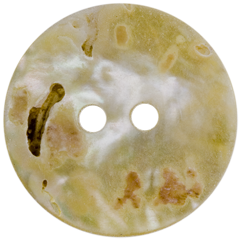 Best posts made by formallyforearms

RE: Stop undercutting the market

It is my problem when a player has a value that averages 800 stubs and people drop the price to 500 within 5 sell orders.

Leave it at 800 and it should eventually correct itself. If not, it was overpriced and the people selling at lower prices were right.

The guy is trash.. Gets shelled every time I try to use him. I love spending 140K on a card that isn't even useable. But some guy from 1940 is apparently better then the best pitcher in baseball. get out over here with this trash. Make live series cards useable

Believe it or not, guys from 1940 can be pretty good too. They can even be in the HOF.

posted in Diamond Dynasty •
RE: People that have a history of spending on the game have bad pack odds

Ah yes! Shane Victorino and Brian Roberts. 2 all time greats being perfectly represented. Hopefully we get a 92 Ron Karkovice, or 97 Jose Valentin next.

Prime Michael Brantley, what a joke

Seriously, this madness needs to end.

Both those players had good careers, unless I'm missing something.

posted in Diamond Dynasty •
RE: Is there any game

@MadderBumgarner said in Is there any game:

FIFA. Sadly most competitive sports games create this response because of the built in mechanics (manipulation) to be “fair play.” Meaning a removal of skill gap. Like everything in life, however it’s all in our head.

This is the correct answer.

I would like to have a poll made, to see what the percentages are that are happy with this.

I’d rather see a poll of those who constantly complain, yet manage to play the game everyday.

Yo man, I'm not constantly complaining. This is a monumental L in my opinion though. Giving out 90+ and 95+ diamonds to players that haven't ever even had an at bat, or thrown a single pitch in the majors is insanely dumb.

Jeez...you're so triggered. DD is a fantasy mode no one drew the line at 1918 Legends. They're not doing a bad job of creatively releasing content during a year in which there's no baseball. Maybe they figured they'd look into the future during a lost year. You honestly need to chill the hell out.

The majority of these players from "1918" earned the right to have high rated diamonds through their real life production and subsequent HOF inductions.

The majority of these future stars haven't played a single game in MLB, so giving them high rated diamond cards makes as much sense as giving Macho Man one because he played in the minors.

Latest posts made by formallyforearms

Mondesi and Moncada both get the barrel through the zone quickly.

posted in Diamond Dynasty •
RE: With the leak of the 6th inning bosses

@SchnauzerFace said in With the leak of the 6th inning bosses:

@T-Rox_09 said in With the leak of the 6th inning bosses:

@skepple15 said in With the leak of the 6th inning bosses:

@T-Rox_09 said in With the leak of the 6th inning bosses:

@SchnauzerFace said in With the leak of the 6th inning bosses:

The 9th inning bosses (or was it 10th inning? Whichever was finest Acuña, degrom, and DJ) were leaked a week or two early last year and SDS just went with it. And iirc, a lot of people found those bosses so underwhelming that many of us doubted that the leak was legit, and SDS still stayed the course. These bosses are going to be really solid. The leak ruined the surprise but I’m still excited.

You're excited about these? My drawers barely rise at all. Maybe a tad for maddux. The others don't crack my lineup.

A switch hitting power hitting shortstop with 90+ speed and at minimum gold fielding?
a 95+ control pitcher with sinker cutter pitch repertoire?
an outfielder with 120+ contact both sides with most likely 90+power both sides and 1B secondary?

Crazy that those don't excite you at all..

Cap is best at SS, no debate. Maddux yes i stated that. Silver and slow outfielder is a bench bat at best with all the 1B available. This is not fire.

I guess I’m just not a very competitive gamer. I would much, much rather have a good team with some of my favorite players than a “fire” team that I assembled solely based on attributes.

posted in Diamond Dynasty •
RE: Stat prediction for New Bosses?

Musial depends on if it's an awards card. In 1948 he hit. 378, had over 100 XBHs with the 34th highest slugging ever. That could be a monster offensive card.

Maddux should be 99 control. Been waiting for this card!

Haha that's not my last name. But yes, that sounds pretty gnarly

I realize that, it was a poor joke, I guess I shouldve put in the sarcasm detectors.

Maddux should be 99 control. Been waiting for this card!

13 packs here, how many total including goals?

Why would it show up for the henchmen level though? That's just odd.

posted in Diamond Dynasty •
RE: Oh good, turn-based Conquest is back...

@formallyforearms said in Oh good, turn-based Conquest is back...:

Anyone wanna give us the details? I'm at work so I dont know who/how many turns we have to beat teams by.

Beat cubs in 2 turns or less and Yankees in 4 or less. You can beat them both in 2 turns.

posted in Diamond Dynasty •
RE: Oh good, turn-based Conquest is back...

Anyone wanna give us the details? I'm at work so I dont know who/how many turns we have to beat teams by.

posted in Diamond Dynasty •
RE: So how good is that Mike Schmidt card?

I just put Killebrew back in there. Schmidt had the advantage defensively, but I feel his bat wasnt near the level of the big Killer.