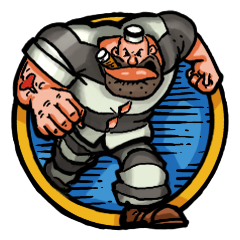 Best posts made by InTh3iLLCity41

RE: 1st Inning showdown- what a joke. Check this out.

This mode is horrendous. Shouldn't cost any stubs to enter and i shouldn't have to draft a team.

Ive given up, i cant do it. If i try any more i wont have a console to play on. I cant do that and RS is almost just as unbearable right now. So right now idk what else to do. USA map for a 3rd time? Lol

posted in Diamond Dynasty •
RE: People leaving the game

Im sure once 2k makes money off of their return to football, theyll be coming for baseball as well. Then SDS will get off their b u t t s.

posted in Diamond Dynasty •
RE: It will be worse next year

Xbox diehards that haven't had a real baseball game in years? Sounds like a lot of quits in the the 2nd inning to me.

posted in Diamond Dynasty •
RE: Joe Carter is one of the 2nd inning Bosses

@CDNMoneyMaker93 said in Joe Carter is one of the 2nd inning Bosses:

As a Jays fan I approve of this

He is a 93 overall Prime series card

Jays or rays, pick one

posted in Diamond Dynasty •
RE: 0 of 300 program stars

Im in the same boat, i have no motivation to play this game. They release cards that aren't very good at all, i cant stand the pitching, and theyre just trying to be greedy during a pandemic where most people arent working. But they dont care lol Im switching from cod, rdr2, and this game being the least that i play. Last year i was tanked in on waiting for whats coming next, but this year nah, im very bored.

posted in Diamond Dynasty •
RE: Showdown is too hard

Im on attempt 29 for 1st inning

The rookie. I cant imagine the feeling getting that first call to run out that bullpen

posted in General Discussion •
RE: I honestly don't get how I can be so bad at Showdown

Trust me you ain't the only one. I love HOF mode but i cant complete this showdown to save my life. I was never a fan of modes that dont use your own DD team.

posted in Diamond Dynasty •
RE: Impossible

People can say what they want about 2K but at least when I time my jumpshot perfectly I am rewarded.

Im biased cause im a huge basketball fan, but it makes sense to reward user input no matter the sport/game.

Latest posts made by InTh3iLLCity41

Im in the same boat, i have no motivation to play this game. They release cards that aren't very good at all, i cant stand the pitching, and theyre just trying to be greedy during a pandemic where most people arent working. But they dont care lol Im switching from cod, rdr2, and this game being the least that i play. Last year i was tanked in on waiting for whats coming next, but this year nah, im very bored.

posted in Diamond Dynasty •
RE: Hernandez

I don’t understand why they make these player programs so annoying for players that ill never use in my life. Im here for the little stars and then i leave the game. Lol

This is a great idea.

posted in Diamond Dynasty •
RE: Stats counting in play vs friends

Love rdr2. Huge western nerd and i could sit there doing random stuff all night.

posted in Diamond Dynasty •
RE: If your going to tweak sliders in Showdown

@raesONE said in If your going to tweak sliders in Showdown:

Kinda defeats the purpose of the whole game mode if you don't have to draft players. I also feel like the game works fine offline, just drafted some hitters and jumped straight into NL stage 2 boss against Nick Lodolo down 0-15 and I beat it with 4 outs left. Works fine.

Okay but not everyone can do that. And they never should have created a new draft mode, thats what BR is for. I havent even used my own team besides conquest and online. Which i barely ply because theres nothing else to do. What am i even playing DD for if i barely use my own team?

posted in Diamond Dynasty •
RE: 3rd inning showdown is garbage

I’ve only attempted it once so far. I did complete The first few “rookie” challenges just barely with some 2 out magic that I didn’t expect. That being said it did not feel like rookie difficulty at all.

Rookie difficulty in any other mode typically means a high strike percentage thrown. I was getting garbage the entire time. Then when I would square balls up they were mostly resulting in outs.

Then I get to Sutter and couldn’t even get anyone on base until 2 or 3 outs left even though I had several perfect and squared up results.

I honestly like the set up of showdowns a lot, I just wish they weren’t so inconsistent with the rest of the game. If it’s rookie or veteran difficulty then it should play like it. Or at least change what they call the difficulty to reflect how it actually plays.

I like the set up as well. Theres nothing i hate more tho than the fact of playing with drafted players. I haven't used my team at all other than conquest. What am i even playing for honestly? What do i care about the cards or inning programs if i barely use my own team?

posted in Diamond Dynasty •
RE: See you guys next year.

Bullpen Blast on Candystand.com had better pitching mechanics than this game. I don't disagree with someone wanting to leave already. Its obvious how careless they are. Half of them probably adjust sliders in the modes so they can feel better about themselves.

What uncreative weirdo came up with these atrocious moments?.. All these XBH with silver players. After Sutter you mine as well just skip and pray in the final showdown and hope you get Medina.

I love the idea of Showdown, but I just get too stressed and angry while playing. I somehow won my first go at the AL East Showdown and have lost about 4 or 5 in a row now. I wish they had two levels of difficulty, with an easier version that gave about half the rewards.

Should be with our own DD team.