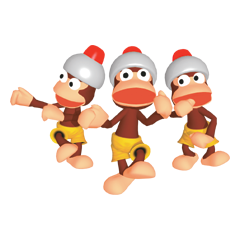 Best posts made by JeanOcean

This game defense is an absolute joke

Might be the best one I’ve done so far

Uploaded to the Vault right away: JeanOcean

Imagine learning from The Show 18 to make them a lot faster in 19, just to revert back in The Show 20.

And this how these guys want to built a competitive scene?!

Played a couple games vs my friend in HOF online and neither of us barely struck out. Early on 100 MPH fastballs again... unbelievable. I’m not touching this again until they fix them.

I’m starting to wonder if they simple mess something up on purpose to then release The Show 21 and be like “we heard your concerns and pitch speed is back up for the hardcore players” and blah blah blah.

Another year where power pitchers are useless and not striking out hitters like they should.

Is it that hard to keep the difficulty low for the casuals to beat each other up and leave the higher speeds for people that love the challenge and want pitchers to be somewhat difficult to hit.

Is pretty funny how some of you guys keep complaining about hitting and pitching but funny enough I keep seeing the same top players for years straight be great and the bad players be bad.

posted in General Discussion •
What do you guys think of my Johan Santana CAP?

hoping he gets added next year

posted in Diamond Dynasty •
RE: Yeah these pitch speeds are The Show 18 tier level (slow)

@Dudeman22_ said in Yeah these pitch speeds are The Show 18 tier level (slow):

The inability to strike out is this games biggest issue. Has been for a few years now

They can’t seem to find a balance between swinging and missing and getting results once you get good contact.

Hitters strikeout more than ever in real life and power pitchers thrive. Yet this game takes you back to the dead ball era.

Doesn’t matter if you have Verlander or Gerrit Cole out there... you’re not striking anyone out unless they literally picked the game up for the first time or chase junk.

But like challenging with fastballs and winning?! Good luck!!!

posted in General Discussion •
RE: I cant hit. Its depressing. I'm stating to hate this game.

Hitting is fairly easy. Some of you guys are just bad and need to practice.

Stop confusing the Devs and idk actually get better at the game?

What do you guys think?

posted in General Discussion •
RE: Yeah these pitch speeds are The Show 18 tier level (slow)

@joshjays44 said in Yeah these pitch speeds are The Show 18 tier level (slow):

Come on SDS. you can still appeal to noobs and casuals and keep this garbage slow pitch speeds to levels like All Star and Vet but for HOF and obviously Legend keep it as it was in 2019. Why would you guys go backwards?, whats the sense in that!! You know what release two games, call one "MLB The Show 2020 Casual edition" and the other one MLB The Show 2020 Simulation edition"

Latest posts made by JeanOcean

What do you guys think of my Johan Santana CAP?

hoping he gets added next year

posted in Diamond Dynasty •
RE: Calling the cover for 21

posted in General Discussion •
This game defense is an absolute joke

Awesome! If I ever got tired of DD he would be my rtts player

If you’re not using a DD CAP, you can make him your CAP

Might be the best one I’ve done so far

Uploaded to the Vault right away: JeanOcean

posted in General Discussion •
RE: Guys I think I finally got Alex Rodriguez creation right

@chip187 said in Guys I think I finally got Alex Rodriguez creation right:

Dude post this in the vaults ! Best one I’ve seen

Just uploaded him to the Vault

I’m going to now work on a Mariners ARod Edition

What do you guys think?

Stop confusing the Devs and idk actually get better at the game?

posted in General Discussion •
RE: Hot Takes on the Gameplay so far. Leave opinions below

Oh you loved the First Week when it was slow pitch softball? Who would have thought. Hitting still easier than ever in this game