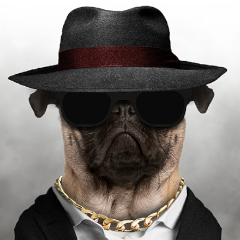 Best posts made by LineDriveKing

This user hasn't posted anything yet.

Latest posts made by LineDriveKing

Base Running it's a known issue that hasn't been patched. It does happened inadvertently but not to everyone that's why it's difficult to figure out the problem. Showdown is specially known to have this issue however it does happened online as well. Sorry for not offering help on this but we just have to wait till SDS drop a patch to resolve it.

posted in General Discussion •
RE: I love this game, and I think there are too many complaints. That said, showdown is the most infuriating thing I’ve ever played.

https://youtu.be/aJJeOhVtJ6M
What Controller Button do we press to make sure the ball doesn't hit you in the Watermelon? LOL
U R Right too many complainers...SMH

posted in General Discussion •
RE: fielding is still wild

posted in Diamond Dynasty •
RE: Base-running from 1st to second

Running is broken, period. Runners staying at the base with two outs even when you tell, (pressing L1) to get going/advance.
As you said they stop between base for no reason and get easily thrown out on fielder choices.
It happened on all modes and on or offline. I've written and place a bug report with SDS, I've send them screen shots attachment showing so; however nothing gets done about it after two patches. I have only played 6 games on RS and restraint to play further until this is fix for obvious reasons. I've been playing both events and it has happened way too often. In events or offline if I take a loss due to this issue who cares but in RS or BR should matter the most. Showdown concept is good however this issue has cost me a number of completions and I'm paying 1,000 stubs for every entry...Not Right!

posted in General Discussion •
RE: Your best performing card in DD