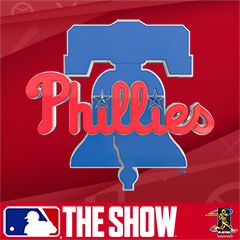 Best posts made by maniacmatt1782

Another update and disapppointgly not much done to make starters as relievers an "emergency" decision.

Here is what needs to be done. If a started is brought in as a reliever, he should be double taxed on stamina for every pitch. If the starter was not at full rest when put into the game, there should be a 1 game penalty where that starter recieves no stamina recouperation. Penalties for pitching gassed should be steeper, and you should hit red stamina sooner say 20% as opposed to the 10-15 it's at now. Putting a starter in as a reliever should be an emergency extra innings decision, not the META.

Just wondering, are there any plans to adjust starter stamina regen, or increase stamina usage when used out of the pen. Using multiple starters a game right now shouldn't be the META.

posted in General Discussion •
RE: Karma for a booster

@SaldanaBros5 said in Karma for a booster:

Had a guy step off the mound 30 straight times, cuz I would take an extra step while leading off. So annoying

That is justified. Extra step is pretty much a guarunteed steal with anyone with above average speed/stealing. He's holding you close, and you are the one being insistant and petty. If someone steps off twice, I realize they are paying attention and look for a different spot to swipe a bag.

I will preface this with I have submitted a bug report already. I am asking if anyone else is experiencing this. I play with buttons accuracy. I am getting the meter on all throws except steal attempts. This leaves me at the mercy of RNG to throw out base stealers online. Also prevents the trophy from being unlocked.

posted in General Discussion •
RE: 99 Robinson

I like him. Think Hornsby with more speed and a little less pop, but a much better fielder. 90 reaction at 2nd lets him get to all the balls Alomar can as well despite a "gold badge. Only thing that affects is some less flashy double play animations.

If you get a terrible jump, it doesn't matter how fast you are.

posted in General Discussion •
RE: 99 Robinson

Why is the plural of ball censored on a baseball forum?

posted in Diamond Dynasty •
RE: Scum out there still using R2

@Speedy44 said in Scum out there still using R2:

Honestly if I do it, that's all I want. You to slow down a tad. Especially because some stretches are glitched and quick pitching warps aninations.

The WS rewards haven't been great either. Griffey's card won't make most squads, and May is dumpster juice when actually throwing his pitches, they just don't move. Britton is good, Pierre is good if you want speed cheese, but Lofton is the same card for under 20k. Everything outside of Britton has been underwhelming for WS rewards. May on paper at least looked like he should be good.

posted in Diamond Dynasty •
RE: Starters as relievers

@Sayjinman said in Starters as relievers:

@DriveByTrucker17 said in Starters as relievers:

The idea isn’t the issue, the execution of said idea is the problem.

Starters coming out of the bullpen is part of baseball, and will likely become even more prevalent in the future. SDS just needs to figure out how to limit the usage of starters out of the pen in RS.

I’m aware it is a part of baseball. But that’s not how they do it and you’re talking about 1 or 2 teams that do it, and they aren’t bringing in 3-4 starters every [censored] game. They might start a game with a reliever and then bring a starter in for the 3rd inning on. They aren’t using 4 starters for 2 innings each...

And on another note, I love how my opponent can’t touch my pitches for 5-6 innings and I go up 5-0 or 6-0 and then all of a sudden it becomes a HR derby and I lose 7-6 because they hit 7 solo HRs. It really is ridiculous

The issue which I have harped on several times is stamina and confidence. Reliever Reliever stamina needs to be at 100% inatead of 80%. Starters coming in as relievers need to be taxes a 1 game penalty before stamina regen begins. And need to be double taxed stamina while pitching in relief. Starting confidence should also be reduced, not to the point of no line on the mechanic, but not at neutral either. Starters as relievers need to be an emergency decision to get out of a game where your bullpen has been thrashed, not the META.

Latest posts made by maniacmatt1782

RE: All this grinding for what

There isn't a Topps Now card that will make my roster outside of Turner if I want a burner with a little pop off the bench, but even then, I have better options.

posted in Diamond Dynasty •
RE: Who do you run out at 3B, C?

Platoon Hornsby and Thome at 3rd. Pudge behind the dish now, was Biggio for a while.

Lack of a change up makes him really struggle vs righties. He has nothing to throw a righty offspeed an away outside of a back door slider

posted in Diamond Dynasty •
RE: Will SDS ever fix the catcher throw meter?

I reinstalled my game and finally started getting it to show up. A lot of people had this problem. Try deleting and reinstalling.

posted in Diamond Dynasty •
RE: bought gagne & loften for 23K each WHAT?!

Price isn't based on how good a card is, it's based on how rare it is. They will be extremely common cards. 15k tops within 2 weeks.

posted in General Discussion •
RE: Karma for a booster

@SaldanaBros5 said in Karma for a booster:

Had a guy step off the mound 30 straight times, cuz I would take an extra step while leading off. So annoying

That is justified. Extra step is pretty much a guarunteed steal with anyone with above average speed/stealing. He's holding you close, and you are the one being insistant and petty. If someone steps off twice, I realize they are paying attention and look for a different spot to swipe a bag.

posted in Diamond Dynasty •
RE: Well this was a new one

That's pretty much the meta this year. Starters gain energy back really fast if only used for 2 innings or less. You can essentially never tax your pitcher stamina doing it like that. It's terrible.

posted in Diamond Dynasty •
RE: Starters as relievers

@flamexJD20 said in Starters as relievers:

As is said multiple.times before, the Opener Strategy becomes more and more popular.
How SDS implented it in the game is the problem!

Agree with everyhing but disallowing it after the 3rd. If people want to tax their rotation stamina, they should be able to make that decision. However the consequences of that decision need to be greater. Right now people can throw Kluber and Hal for 3 innings each game, and never really be that concerned with stamina hits. There needs to be a minimum 1 game no stamina regen at all penalty added to starters brought in in relief. It should jump to 2 games if it's on short rest, not at max stamina.