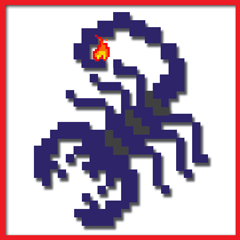 Best posts made by NotchHim

RE: Market cracks me up

I love how whatever price I pay for a card it immediately drops 20% in price as soon as I drive it off the lot.

posted in Diamond Dynasty •
RE: SDS, Time to Admit Online Only Prestige Was a Mistake

@Blue7_Gaming said in SDS, Time to Admit Online Only Prestige Was a Mistake:

Amen. The people who gripe about dashboarding and boosting are the same ones who throw you nothing but ankle-high sliders while telling you to EaRn YoUR StAtS LiKe A rEaL mAn.

They expect you to let their dingers land but won't throw you a pitch, then when you strike out (because you can't earn the stats working walks) it's SeE I aM a BeTtEr PlAyEr NoT mY fAuLt YoU hAvE No PlAtE DiScIpLiNe.

It's always the other guy that's the A-hole. STFU and look in the mirror. This is why having to do online only for certain missions stinks

posted in Diamond Dynasty •
RE: Extreme disappointment from an older player.

@Hikes83 said in Extreme disappointment from an older player.:

Unless MLB started In 2000 this is frankly ridiculous.

posted in Diamond Dynasty •
RE: HOF Ruth Moments... and my wife

I feel you. I love my wife, but anytime she talks to me while I'm playing my success rate falls to about negative 45 percent.

posted in Diamond Dynasty •
RE: Ruth program roster set up.

One thing I have learned playing the CPU on All-Star for other player missions is you cannot under any circumstances blow a lead late, or you will end up in extra inning hell. Played the Orioles in the Ruth mission, Brooks Robinson pinch hit HR off a hanging changeup in the bottom of the 3rd. They robbed a Killebrew HR in the 7th. Finally won it in the 10th.

Maybe I should stop grinding and play my A-team in RS for a while.

Mike Trout is this year's Honus? Lolololol! I have a lot of the cards for the collection already, but now I can take my stubs and buy Kris Bryant as well as TA3 exchanges.

posted in Diamond Dynasty •
RE: What card that we know were getting can you not wait for

Can't wait to spam people with Uncle Charlie before busting a high 96 up and in on you.

Jason Kendall will be replacing Blood Diamond Buster behind the plate. Kerry Wood will be a monster. Love the NL Central.

Hoping for a Will Clark reward for SF.

I know this is minor but he still looks weird and it's freaking me out.

Latest posts made by NotchHim

RE: You can replay Run it Back Conquest or Showdown to get as many packs as you want...

Will these cards be sellable? I will do the conquest because I always do the non-extreme conquest but I just want to buy Bert Blyleven.

Yeah Cobb is hitting .568 with over 12 hrs in the past week and a half I've had him. Pleasantly surprised. I moved him to left so I could try Walker, but Musial might sub back in.

Side note: There are too many good outfielders to play with. For the longest time I was completely happy with the Betts LS, J.D. Martinez awards and Acuna L.S. as my outfield. They were all over 60 home runs. Then once I grinded out Mantle I felt like I had to give him a try.

It's kind of why I think there is too much content out there....only so many spots and innings you can play. I'd be perfectly fine with 2 new players a week. Ex topps now, Moment and inning program on different weeks.

About too much content: I will say that no two teams I face in ranked have even remotely the same lineup.

posted in Diamond Dynasty •
RE: Typical

How on earth are you not swinging at a 3-0 pitch on a hitting mission?

posted in Diamond Dynasty •
RE: Today is The Day

I hope you guys have fun with this. I have less than zero percent interest in doing this program, and I am grateful for SDS making the rewards players I don't want.

Dashboarding - here we go again. Discussed ad nauseum, but hey, it's a slow Tuesday at work.

I was thinking about how to "prevent" dashboarding or reduce how many times it happens.

The solution is quite simple (for me anyways) but may be controversial to many others. I propose a 2 step solution that looks something like this.....

This would really slow down the dashboarders for many reasons. First, they are locked out and if they do it in the 1st or 2nd inning and they play a guy who rakes, it could be a nice 30 - 45 minute timeout for them. Second, and the most important part, their goal of preventing you from getting your grinding stats for prestige (lets face it, dashboarding only affects your prestiging stats) not only is defeated, but you may end up giving your opponent WAY more stats than he would have gotten had you simply let that HR land and then quit the game.

Now, there is a bad side. The worst I can see if a legit lost of connexion issue. People who get a freak power issue that causes a flash and they lose connexion, someone who loses their internet connexion, they would be negatively affected. I don't know about everyone else, but all the times someone has dashboarded against me has been during a HR or a hit.

There are other negative sides to such a solution, and those involed one party cheating to force a disconnect. There are multiple methods which won't be mentionned here but most people know what they are.

I dunno, I feel like there should be a penalty to dashboarding other than taking a L and there should be compensation to the person who was dashboarded on, but I don't know if my solution idea would even be a good one.

If we're going to have SDS code a bunch of extra stuff into the game can they start with fixing baserunning first?

Boy am I glad I locked in this card.

Don't sweat it. You're trying for strikeouts to prestige him, so you're pitching different than RS.

posted in Diamond Dynasty •
RE: Receiving random packs for a program

Yeah, I got two 10-packs and a Ducks pack at various times while finishing up the Walter Johnson Prestige Event and had zero idea where it was from.

Thanks for the info guys.

posted in Diamond Dynasty •
RE: Thats NOT where I wanted it

It gets a little too high in the zone and it gets murdered. Seems like once every RS game too.

posted in Diamond Dynasty •
RE: Critique My Lineup

@The_DoctorsWife said in Critique My Lineup:

So I just completed the Live Series collection in MLB 19, and got Rogers Hornsby and Willie Mays. Added them to my (already fairly stacked) lineup, but given that I have a lot of talent here, I'd like to hear your thoughts about my lineup. Note that all the below cards (except otherwise noted) are part of the Signature Series. I'm open to suggestions on any changes I should make!

Lots of 99's. If your lineup leaned any further to the right it would fall down.

posted in Diamond Dynasty •
RE: Walter Johnson will be a boss

@Original_Quad said in Walter Johnson will be a boss:

@ebbets1957 said in Walter Johnson will be a boss:

I think it's Bert Blyleven.

Blyleven’s motion brings his hands way above his head, and he wouldn’t be wearing the senators pinstripes.

Similar pinstripes to the 1987 Twins too. Blyleven was their #2 starter that year behind Frank Viola.