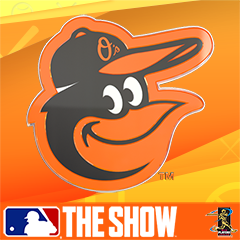 Best posts made by ravensfan1965

I run a league if your interested. We used the updated rosters as of august 2019. 4th season

Latest posts made by ravensfan1965

There a buy in for this?

KnuckleBallers Custom LG.
We have been running leagues since 2015 and are finishing up our last season on 17. This will be a competitive league that is required to play no more than 7 games within 7 days. It will not be an open schedule that way everyone stays on the number of games each wk. There will be penalties for being inactive such as being dismissed from the league. The Season will be 58 games . A Home Run Derby will be held every season at the trade deadline and winner will receive a $10 PSN card. Everyone is encouraged to participate in a twitch interview as well as stream live games. The winner of the World Series will get a $25 PSN card. When we start a new season it will be last in standings that will be first in re-picking of new teams .

Trades: yes. Must play 10 games first. Must be approval by committee.

From what i heard the 16 servers shutdown last March

posted in General Discussion •
RE: 2020 roster based online lg in show 17

I run a league if your interested. We used the updated rosters as of august 2019. 4th season

Does anyone know how long the mlb17 servers will be active?