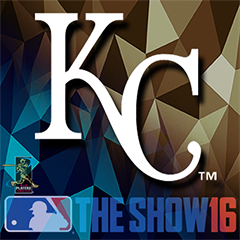 Best posts made by royalslover

I completely agree with your post. The online players will disagree, saying you want everything for free. Are they not getting it for free? And profiting if they decide to sell? It works both ways. Someone mentioned in post why would you play the CPU when you could actually play humans. Just look at the comebacks on most posts. That's why I don't want to play humans. I don't think they'll do it, but wish they would.

posted in General Discussion •
RE: Mlbpa rejects the 60game offer from mlb

Don't care anymore. Too much double talk. They could care less about us. I bet the minor leaguers would love to play in the major league stadiums. Get them. I'd watch.

posted in General Discussion •
RE: Flash Sale? Gone in under 4 seconds

Why leave it up for an hour after it sells out in a few seconds? Get rid of it and put up a different one.

Yea that is lame, why would they do that I wonder?

Because you’ve already completed stage 1, how does that not make sense?

posted in General Discussion •
RE: Epic Showdown Melt Down

It's interesting how people can be so arrogant just because they believe they are better than others.

posted in Diamond Dynasty •
RE: Mlbpa rejects the 60game offer from mlb

Yeah. Almost positive I'm older than most here. So I have, but I'm sick of these guys crying about the original deal. That was made before anyone said there would be no fans in attendance. It's all about the money. Just cancel the seaon or use guys that actually want to play.

Finally got in and got Cole. Féel extremely lucky

An exploit is taking advantage of a FLAW. They programmed 25 per HR. Where is the flaw? They just didn't want someone to gain XP too fast for their liking. There was no exploit. Just something they didn't want us to do even though they made it that way on purpose. Get off your high horse. You are Superior to no one.

posted in General Discussion •
RE: Can we stop with the conspiracy’s and get some positivity?

Yep. Now it's all degrading others, b*thing, and trolling. You use to be able to ask for help and get 50 different helpful comments. No more.

posted in Diamond Dynasty •
RE: Why Do I Seem To Be The Only one

They get the matchups wrong all the time anyway. Just take the top 5 starters and schedule them every 5th day on the 2020 schedule. Right or wrong it at least would be something for IE. When/if baseball starts, make the changes then.

Latest posts made by royalslover

I'd just like to say congrats to Dee Gordon, I didn't realize he got married and hyphenated his name. Good luck man!

He did it to honor his deceased mom.

Kyle Lewis has a 95 card??? Either you got the wrong Lewis (or wrong M's rookie), or I've been missing out!

posted in General Discussion •
RE: Team Affinity 4: Hey SDS Can You Throw Us A Bone?

I'm hoping they surprise us on Friday since nothing is listed on the schedule. Just wishful thinking probably.

The original thought was for inning stars. Adding an offline stat mission or two wouldn't harm anyone. As it is now, offline players have a harder time getting many of the higher rewards. Online get up to 10 more stars a day.

posted in Diamond Dynasty •
RE: I cashed out on JRam

If you're stub poor yes, but since it could be done for free then no.

He wasn't that great with KC. I watched almost every game when he was here. Waaaaay overrated on defense.

I've been wanting to get the perspective on this from someone who watches a lot of Royals games. Did Hosmer win 4 gold gloves as a Royal? I know he has at least one because every single broadcaster, including the Padre broadcasters are continuously referring to him as a "gold glove first baseman". I thought I recently heard someone say he had 4, maybe it was during the Padre/Cardinal series but I can't remember. Watching nearly every Padre game I just don't see how he is close to a gold glove first baseman at all! Best case, I would consider him to be below average. From his footwork around the bag, to digging out balls, fielding ground balls, even the most simplest of things like catching a ball thrown to you by one of your infielders! I was just curious to get the perspective of a Royals fan who watched him a lot during his so called "gold glove" years. I like his bat, good solid hitter, with some decent pop and a good RBI guy, but man, very disappointed in his defense and not at all what I thought we were getting when we signed him.

My biggest pet peeve was the way he swiped at low throws. No coach would ever teach that. He missed a few because of that. I was always waiting for him to swipe it into left field. It was that flagrant I was never that impressed with his bat either. Seemed to come alive in the post season. Maybe my expectations were too high from all the talk about him since draft.

He wasn't that great with KC. I watched almost every game when he was here. Waaaaay overrated on defense.

posted in Diamond Dynasty •
RE: Who ya got for September POTM?

@ZFree1122 said in Who ya got for September POTM?:

@luisgga2307 said in Who ya got for September POTM?:

@ZFree1122 said in Who ya got for September POTM?:

Freeman will get an MVP card from this year so not him.

Maybe, but otherwise there is no other players that really stood out like freddie

Wouldnt make any sense for POTM because nobody would be excited for it and he's not 5 tool, just showing an example of another hitter.

Fun note i found out while looking at stats. The braves have 3/4 top OPS's in the NL. If only we could keep starters healthy.

There could be some PS releases during playoffs and WS. Maybe just after each one. They've done it before. If you can wait that long I would.

posted in Diamond Dynasty •
RE: So Could you get Tatis without Topps Now??

Play versus CPU. Look at missions and load your team with guys that will get the missions done quickly. I think I had to play 3 or 4 games to finish. Play on rookie or whatever you're best at.