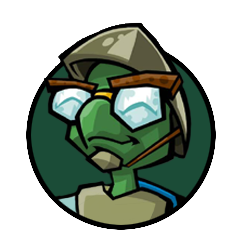 Best posts made by STEFANDROOO

An Ode to Little Billy

At release we had a brilliant game ‘twas truly a joy, nothing could get in the way of our grinding oh boy

The hitting engine was rewarding user input which was key instead we should wonder why pitching felt a little wonky.

But hey, these are professionals and it’s a simple fix, nothing SDS cannot nix

I hate this game daddy it’s broken and trash, we need a patch ASAP so do something brash.

Billy’s daddy worked so hard he almost forgot his name, but he had to program a way to keep little billy in the game

Son I’ve done it patch 1.04 is here, You won’t recognize the game to be clear

Sing about how you’ve ruined a potential Amazing beautiful masterpiece of a game because you suck and I hate you so so so much.

Will the increased timing windows lead to less frequent good/okay outs? The size of the pci didn’t seem to be the issue

posted in General Discussion •
RE: An Ode to Little Billy

Thank you, I’m honestly just glad you didn’t think this post was good/okay...

posted in Diamond Dynasty •
RE: These new moments

Awful design. If you don’t get a hit with first player automatically should fail mission

posted in Diamond Dynasty •
I came here just to post about 1.04

Change it back revert it do whatever you have to do to make hitting back to how it was at launch. Clearly the community agrees and all you’ve done with the good okay bs is increased RNG and narrowed skill gap. This is a joke it was perfect before people were just crying because they were playing on veteran with candy pitch speeds

He’s a stud. Best SS in the game in my opinion then just move over prestige didi to 2nd and you got the middle infield on lock

Made WS last season so I’m not a total scrub so that should hopefully eliminate the simp git gud comments/narrative. I also say that not to boast but rather to shed light on the fact that even “good” players struggle with this game and the amount of ridiculous involved at times most notably on AS difficulty.

Anyway moving forward, lost my first couple of games to some really good opponents to start off this RS. They outplayed me and I’m totally cool with those kind of games and I’m honestly cool with this game on HOF in general...

What I’m not cool with is the layer of hell that is AS difficulty. Holy [censored], with the increased PCI, relatively slow pitch speeds, fielding animations (or lack there of), pitch tunneling, this difficulty is truly a dumpster fire. Perhaps it wouldn’t be so bad if they at least kept HOF pitch speeds to go with the larger PCI?

I sincerely think and I know this sounds egregious but I feel like I could give my dog the controller and she could foul off pitches at this point. I don’t know what to do when I’m pitching or how to attack a hitter because everything I do leads to a foul tip or weak contact that bleeds into the outfield . I’m not a great pitcher but I’m definitely above average and the amount of just awful foul offs with terrible timing, check swings, and just momentum swing nonsense is sheer pandemonium and disgraceful. I think I’m 3-6 now this RS and sure I’ve probably let the amount of craziness get to be but I just don’t understand how anyone could honestly enjoy this consistently. If you can’t breach the 700 barrier and play consistently on AS bravo on not being institutionalized by now.

This looks amazing... many of us wanted to know WHY certain outcomes would occur with “good” pci placement. Hopefully this system will help to explain the good okays/good popped etc.... not going to get too excited but wow it looks like you heard many of our gripes! Can’t wait to test her out. Really hope ballpark and wind doesn’t cause too much variance but other than that really liking everything

posted in General Discussion •
An Ode to A Brighter Tomorrow

I sit awake at night my blood pressure surely will spike

The true community begged and pleaded to revert the game to its old ways, SDS gave us the middle finger because they knew little billy would still pay

I tinker with showdown and conquest it’s Ight,
But I miss mono y mono ‘‘twas truly morning my delight

Now I find myself bored and stuck at home with the wife, she asks me without the show this time a year what am I going to do with my life?

The hardest part is I know I’ll keep coming back, And for that maybe sure I deserve some flack

But I’ll keep writing poems the same,
Until SDS fixes their game.

Latest posts made by STEFANDROOO

RE: Nobody Playing Event?

Give me moonshots or give me death

posted in Diamond Dynasty •
RE: Shippet should be Seperate game mode like Shipment 24/7

You can’t really say you are an average player if you consistently make World Series. That said, I would much rather be in an offensive game where at least I feel like my pci input is rewarded rather than perfect perfect warning track shots and good good line outs for days. I understand there should be more parity in the types of hits you should receive but it is what it is ...

posted in Diamond Dynasty •
RE: 2 more games dropped while I was winning big

Yeah man its happened to me before. Actually happened during a WS play in game to me when I was up. The dude dashboards and I take the L. Omega frustrating but that’s gonna happen from time to time

He’s a stud. Best SS in the game in my opinion then just move over prestige didi to 2nd and you got the middle infield on lock

posted in Diamond Dynasty •
RE: I'm Convinced WS Players Know How To Cheat

Lol time to delete this post and take a walk

In my opinion, Cal’s cards play well under the stats. Like the opposite effect of adalberto mondesi... Hated his swing and stance just haven’t ever figured him out

posted in Diamond Dynasty •
RE: It's FUnny How...

posted in Diamond Dynasty •
RE: These new moments

Awful design. If you don’t get a hit with first player automatically should fail mission

This looks amazing... many of us wanted to know WHY certain outcomes would occur with “good” pci placement. Hopefully this system will help to explain the good okays/good popped etc.... not going to get too excited but wow it looks like you heard many of our gripes! Can’t wait to test her out. Really hope ballpark and wind doesn’t cause too much variance but other than that really liking everything