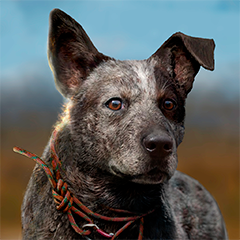 Best posts made by tgn848

I'll sell my card for whatever I price I want. Thanks for your concern

posted in Diamond Dynasty •
RE: Joe Kelly is a bonafide Troll

posted in Diamond Dynasty •
RE: The Event

Dude, left handed COMMON pitchers. We’re really complaining about facing same handedness common pitchers? Seen multiple posts on this. If you can’t hit off a common pitcher I don’t know what to tell ya

I would have NO PROBLEM with the FS releases if they didn't ALREADY HAVE A DIAMOND CARD!!! I simply cannot understand how they decided to give these guys multiple cards. Give them each a Prospects OR Future Stars card, not both...go ahead and pump the [censored] out of the attributes if they want, I dont even care about that part, but to release two diamond versions of these guys doesn't make any sense at all to me.

Please bring back Tiant and Niekro this year!

posted in Diamond Dynasty •
Overlooked by SDS on the Hanley card

...the batting stance.
This same card was in The Show 17 and was a huge fan favorite. That card had a different stance and swing than the card released yesterday. The stance they chose to use is the same stance from his Marlins SS card from last year. That’s the incorrect stance for this card

If you go into the batting stance list, there are two Hanley stances, one for his early years and one for his later years. The later years has the classic Hanley follow thru home run animation. I think they may have given the new card the wrong stance by accident

The Ducks pack is going to crash the market on Friday, so the stub sale will be needed to boost things up a bit before they release those packs. The market is about to get wacky.

He'll be 40k soon. sell now and buy back in a week

posted in Diamond Dynasty •
RE: Easy way to get Gerritt Cole?

Latest posts made by tgn848

RE: Just Tried out the Event...

They use events to gather data about certain aspects of gameplay. They set the parameters to capture that specific style they want to look at. They’re probably trying to figure out how to make contact hitters work as intended

They’re gathering data for next years game. They use events as beta testing basically

posted in Diamond Dynasty •
RE: Roster update: Robert vs Lewis

For those saying "live series cards dont affect diamond dynasty lineups" They do when the inside edge is favorable. Also Kyle Lewis going gold would be nice for those of us who play online ranked.

Eh, they really don't even with inside edge, really the only thing it affects is Battle Royale.

I realize you also said online ranked, but my comment was specifically about DD. I probably should have clarified that a bit in my 1st comment, but that's what I was referencing. LS don't factor into DD at this stage except for BR

What is the fuqin point of this argument? Who cares

posted in Off Topic •
RE: Will we ever get a 99 OVR Albert Pujols before most people quit playing?

posted in Diamond Dynasty •
RE: Did we really need another Smoltz?

posted in Diamond Dynasty •
RE: I found the best way to open packs... but you're gonna hate it.

Last year i went over 750 packs in between diamond pulls. Not kidding. Yes I kept track

posted in General Discussion •
RE: What’s up with the guys that pause 45 times a game?

I gotta apologize here. Last night I thought I could get a game in, so i jumped into ranked. I go up 1-0 in the first and then the baby starts fussing. I spent the next half hour or so trying to play and get the baby back to sleep, paused a million times. I got the baby to sleep and I ended up winning the game so yay, go me! But sorry to that dude I played. Sorry man!

posted in Diamond Dynasty •
RE: Who’s the best 3rd baseman you’ve played with?

posted in Diamond Dynasty •
RE: Who has been your Ruth program MVP so far?

The new lofton and red mantle