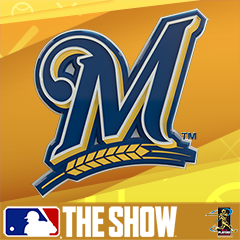 Best posts made by themadhatter711

They should set it up somewhat like mto where you get to choose your difficulty and have a different amount of TA points depending on your chosen difficulty. Here’s the kicker, make it actually play like the difficulty you chose rather than messing with the sliders.

posted in Diamond Dynasty •
RE: Showdown is a joke

The worst part about showdown is the sliders are not the same as other parts of the game. I just lost to king Felix...I had his pitch count up to 75 and he still had well over half his energy remaining. I know he has high stamina, but that’s b.s....Showdown is by far the worst part of this game.

Plus, it doesn’t even allow you to use the players from your own collection that you work hard to collect. I still have yet to beat a division showdown, snd I’m not looking forward to grinding boring m2o to get Ta points.

They need to revamp parts of this game rather than just adding gimicks Like moments, showdown, and m2o. I think they need to add an “offline ranked season” mode where you play the CPU as they get tougher and tougher. But that makes too much sense.

Second, I wish you could use your DD team. Right now, if you want to play offline, the only two modes where you use the team you work hard to build are conquest and play vs CPU. This seems like a wasted opportunity by SDS because they want to encourage people to spend money on micro-transactions and if people (like me) are having trouble on showdowns, then maybe they will spend money for better players.

posted in Diamond Dynasty •
Reading between the lines

Anyone else think that the player program announced on the stream today “to help you get some more stars in the 8th inning program” was code for “uh...we knew people would stop playing our game when madden dropped, but we didn’t expect it to be this bad. I guess the dead ball event which many people despise is driving people away from our game.”

I can only speak for myself, but I’m only at 178 stars because I have cut back my time on this game significantly. Furthermore, the way they have the extreme set up pretty much insures that I have no incentive to get back into the game in a meaningful way. I mean I’ll enjoy conquest extreme, and maybe I’ll luck out and beat showdown, but I’m not going to waste too much time on it. I jumped into the Gehrig moment and it doesn’t really look like that’s happening so no reason for the time sink.

posted in Diamond Dynasty •
RE: Police and military should use moments as interrogation tactics

I’m generally not in favor of removing certain game modes and reducing ways to play the game, but please don’t put them in 21. They are so bad.

I love the irony of how they came about...people didn’t want to grind stats so they made us power swing for 3 hours instead. What a joke!

I honestly loved the stat grinds from 18, it always gave you a reason to play and use new players.

posted in Diamond Dynasty •
60 wins is way too many

Can't hardly buy a win in this event. I'm stuck on merely 6 wins, and it has been brutal. I know they are giving us 3 weeks to complete, but much of this event takes place over the thanksgiving / christmas holidays and I will be traveling (I know it's against COVID guidelines, but getting tested on Wednesday).

I like how the last couple events have been personally. Prestige grinds have completely ruined the entire point of what events have been for the 3 previous years:A semi-casual way of playing online games for rewards.

This ^. After playing for 4 years with my messages on, I had to turn them off because of prestige grinders messaging me every game. It got on my nerve a bit.

Fair enough. It’s funny, people who usually play offline wish we could prestige vs cpu (I’d love it if they made you play on AS or higher). I know there is a big part of the online community who believes prestige has ruined online game play with people asking for stats. It sounds like both sides of the aisle agree on something!

I know SDS is often responsive with changes to gameplay. They have fixed the showdown difficulty, and from last year to this year they changed the reward gate for mto. Hopefully they make the change where you can prestige either online or offline.

In the past I played offline almost exclusively (I stopped playing last year very quickly into the game). That said, I have played online this year more than ever and it just feels like a grind. They have done almost nothing to make this game more enjoyable for offliners. People have suggested an offline version of ranked seasons where you play against the CPU on harder and harder difficulties as a way to make this fun of offliners but instead we got showdown...

I'm beginning to realize that the people who say DD is meant for online play are right.

posted in Diamond Dynasty •
RE: Reading between the lines

@eatyum said in Reading between the lines:

No, SDS isn't silly enough to think that one player program would bring back people from Madden or elsewhere.

I completely agree with you. My point is they knew they were going to lose people to madden, because that’s part of the business. What they didn’t count on was such a steep decline in player engagement due to the event. So I hypothesize that they took a look at the number of program stars people have and realize players are way behind where they were for previous programs. So in order to make up for the stars people didn’t earn while waiting for this event to end, they are giving out a quick way to earn some inning stars.

Latest posts made by themadhatter711

Can't hardly buy a win in this event. I'm stuck on merely 6 wins, and it has been brutal. I know they are giving us 3 weeks to complete, but much of this event takes place over the thanksgiving / christmas holidays and I will be traveling (I know it's against COVID guidelines, but getting tested on Wednesday).

Only cards that have yet to meet the prestige requirements or gold cards. That way, they punish the people who boosted to prestige their cards and if you are a WS / BR12-0 player, you should be able to win against regular players with a gold lineup if you prestiged all players legitimately.

Wow, just starting this moment. How awful...What is wrong with SDS? Mostly a good game, but many missions have been flat out miserable. I've probably been trying this for 2 hours tonight and still haven't completed it. I'd rather have the Nava mission from 18. Please get rid of missions for 2021. At this point, I never want to use his card again.

I have to disagree. I feel like this is just let's throw everything out there because this is the end.
I mean anybody that has any kind of stub count can just buy who they want. Personally, if you have enough, why not just buy instead or grinding through these levels.
Its the same with all the TA4s. I have most every finest player, but any reward after that is kind of worthless since any stubs you make are very minimal.
That's my opinion, I still play, but at this point I feel like the game is over.

This is true for the Ta4 cards, but last I checked, chipper, and billy Wagner were pretty expensive. Plus there are a ton of cards that are basically out of circulation so you can’t really buy them anymore.

posted in Diamond Dynasty •
RE: I'd love to see another moonshot event now

Make it so that you need to like 500-1,000 wins for the top rewards so people have something to play for as the game cycle comes to an end.

posted in Diamond Dynasty •
RE: I'd love to see another moonshot event now

I want something similar but where you can only use players for which you haven’t met the prestige stat requirements or max of gold cards.

At this point, they’ll have a Black Friday sale to get new potential users, but my guess is micro purchases are a smaller revenue driver until the next game releases. It’s all about keeping momentum from (what I think) was a pretty good game (save for moments and the insane difficulty of showdown upon initial release). Lots of the people who will continue to play this game cycle aren’t the super competitive pvp players and are here to collect and have fun which is why the event rewards for the final event should be prior rs, br, and event rewards.

posted in Diamond Dynasty •
RE: 1st Game Back After a Week Off...Game is Garbage

TLOU was superb. Have you given factions multiplayer a go yet? It’s awesome. Haven’t played for a few years so I don’t know how many are still playing but I imagine the community will still be strong given 2 doesn’t have multiplayer and 1 is free.

You’ve just inspired me to purchase 2, it’s cheap as chips right now on the store. Thanks!

Well, well, well, looks like I’m buying the last of us 2 tonight. Can’t wait for HBO to knock this out of the park (you’re going to need a 50 foot ladder) with their mini series...last I heard Arya stark is cast as Ellie.

posted in Diamond Dynasty •
RE: 1st Game Back After a Week Off...Game is Garbage

@mrcityofwin said in 1st Game Back After a Week Off...Game is Garbage:

I love the show so I will continue to give it run but I need a new Skyrim, NCAA football, and fight night for next gen. I will be a happy gamer if ps5 makes it happen

I still throw Skyrim every now and again. Curious to see what their new game (starfield I think) will be like when it comes out in a few years.

Love the move by sds to put all the inning rewards out there again! It will definitely keep me engaged in the game!

Next step, final event should be prestigeable only or golds and the rewards are all the pr, ws, br, and previous event rewards. It would keep me playing for a long time!

Not a big deal if these don't make it into '21, but it would make life a little easier:

1.) When exchanging showdown vouchers, please let us exchange multiple at a time rather than the one at a time as it currently is.