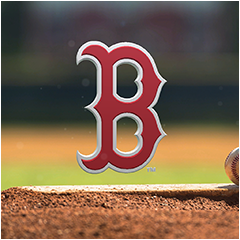 Best posts made by TiedyeTrader

RE: Dads playing The Show

52 year old father of 3 and soon to be grandfather....retired early, too much time on my hands LOL. Offline DD and franchise player only. Too many hours spent on this game but I can’t seem to stop! Wife and kids don’t even say anything anymore, they just shake their heads and chuckle at the old man....playing kids games....

Red Sox hits with 1B, 2B, RF also seems to be having issues. I have credit for only 6 hits with 1B/2B/RF but have 7 singles with live series 1B/2B/RF (assuming that’s what counts???) and 5 more singles/6xbh with 1B/2B/RF Legends. I can’t figure out what is counting.

posted in Diamond Dynasty •
RE: 3 extra base hits

Issue for me is McCullers never pitches in the zone. Everything in the dirt. He’s got to be 75% balls. Hard to find a strike to hit.

Seems like your third starter plays. Put your drafted SP in the third slot. Seems to work. Weird.

posted in Diamond Dynasty •
RE: Topps Now Padres Down 7-3 moment

Took 5 times and I felt lucky it was only that many. When I finally won it went homer/single/single/homer and I thought hey tie game and none out...I got this! Then went rng warning track shot and thought uh oh....next batter weak grounder to short....two outs now. Double uh oh. Then double from 7 and single from 8 to win it. Whew.

posted in Diamond Dynasty •
RE: Was the RIB program a failure?

@taterracing said in Was the RIB program a failure?:

Hell no, I love it. It gives us offline players something to do. I've done the conquest map 5-6 times.

Does the patch fix the TA2 stat requirement bug?

Could you elaborate on that?

Sure, many players are having trouble with the Orioles and Red Sox TA 2 requirements. Specifically, not all hits made by players which meet the position qualifications are counting towards the goal.

Could you provide me with some specific player names for the Orioles and Red Sox?

Only Red Sox 1B hits count. I tested it extensively and filed 2 bug reports. Once I realized that I finished it with Ortiz, Ockimay, Moreland and Boggs ( all primary 1B) no problem. NO 2B or RF hits count regardless of who the player is.

There are numerous threads in here discussing and diagnosing this. At 2B I used live Pedroia and Peraza. In RF I used live Verdugo and Legend Evans. No hit counted. Another Sox fan documented his hits as well. Only 1B.

Just had to share.....Down 15-7 to start boss battle after a poor showing. Get it to 15-13 and men on 1st and 2nd with 5 outs left. Lots of good/ok, good/chopped, good/popped throughout but feeling confident anyway. Trout at bat....rips a hanging breaking ball perfect/perfect...CPU shortstop makes leaping stretching grab, tags second and throws to first! Triple play! Off a perfect/perfect!!

I am like wtf just happened?? I had to pause for a little “me time”. Regrouped. 2 outs left. Bases empty. Single. Walk. 3 run HR by Sano! Game over! By far the craziest Showdown game I’ve had.

49 x 72 + 1 x 73. Worked out to just over 4000 stubs per 10 points paying mostly 70 to 85 and sometimes up to 90 for the 72’s and up to 100 for the 73’s. Did Blue Jays from scratch doing only exchanges and inning/hits missions in Conquest and the few moments this week. Got Henke and made stubs because I pulled a Scherzer. But even without Scherzer and prices rising the amount of packs and stubs you get along the TA it would be darn near even I bet. At the very least it would have been much cheaper than buying Henke at 60k. I put orders in every night and by morning they were all filled most of the time. Reset all the buys. Filled by lunch. Reset again. Filled by evening. Didn’t chase any higher prices. Probably bought 150-200 72’s per day and a few 73’s along the way. I was surprised at the liquidity to be honest.

What actually counts?? Or is there an issue with this mission.

Latest posts made by TiedyeTrader

RE: Worst perfect out?

Showdown final boss (whatever inning you could draft Trout). Bases loaded. P/P liner with Trout. Weird warping “catch” by SS...tag 2nd throw to first. Triple play. I was stunned...happened so fast I was like wtf just happened??!! LOL. Think I lost that Showdown in frustration after.

Hit more P/P fly balls in Conquest with Babe, Ted, Mays, Fox, Hornsby et al that died at the warning track than I can begin to count. Pretty regular occurrence so it doesn’t even phase me anymore.

Also have done Topps but didn’t really grab me. Also Postseason and Awards but have settled on the 4 above.

I will because it's the only game I play. I'm already sitting at 460.

This. I am at 401 already and only play offline. I have five TA4 team conquests to finish and another conquest map comes out this week. Plus dailies. Plus any added 11th inning content. As much as I’ve played these last few years I am not planning on buying next years game until late in the cycle on sale (if at all), and don’t plan on playing DD much ever again so I’d like to tap out at 2000 (and hopefully Prestige 100, currently at Prestige 45) and call ‘er a DD career.

posted in Diamond Dynasty •
RE: Pulled 2 Diamonds in one BIAH pack

@alopiccolo023 said in Pulled 2 Diamonds in one BIAH pack:

Both were kenta maeda... have a picture not sure how to post

I had a double diamond AND a triple gold last week. Can’t remember the cards, they weren’t special, but kind of cool since I’d never had that before. Also packed my first Trout ever (I think) in another pack.

It was excruciating. I almost soured on his card doing this moment.

This. Worst moment of the year for me by far.

IDK, that Pham moment took me a couple of days. Lol.

Haha nasty to be sure, no doubt. I got REALLY lucky with that one, so Miggy wins hands down.

It was excruciating. I almost soured on his card doing this moment.

This. Worst moment of the year for me by far.

Horrible exit velocities unless you get perfect-perfect

Noticed this too. 3xbh is easily my worst moment of the year. Feels tweaked. And also seems to walk you half the time or more.

posted in Diamond Dynasty •
RE: Dads playing The Show

52 year old father of 3 and soon to be grandfather....retired early, too much time on my hands LOL. Offline DD and franchise player only. Too many hours spent on this game but I can’t seem to stop! Wife and kids don’t even say anything anymore, they just shake their heads and chuckle at the old man....playing kids games....

Red Sox: Xander Bogaerts. Also I wanted this thread to be as positive as possible but since that can of worms has already been opened here are my thoughts.

Basically how I feel. Expected, but pretty anti climactic. Honestly was more excited to get surprise WS MVP Pearce in the WS program than another Bogaerts with crappy fielding. (Although it was an iron pipe lock Bogaerts would be the card given how crappy the Sox were this year).