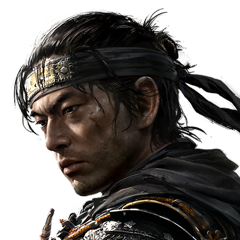 Best posts made by vagimon

I am World Series. You can too.

Anyway. If you do most of these things, I don’t see why you can’t be a World Series Champion Hero just like me.

posted in Diamond Dynasty •
RE: Something’s in the water

posted in Diamond Dynasty •
RE: A Quick Note and Friendly Reminder

@Ikasnu said in A Quick Note and Friendly Reminder:

@vagimon said in A Quick Note and Friendly Reminder:

@Ikasnu said in A Quick Note and Friendly Reminder:

@DrewshBag420 said in A Quick Note and Friendly Reminder:

@GrandpaShaft said in A Quick Note and Friendly Reminder:

They will fix nothing

To be fair, since 17 the final patch usually comes in late may-early June. I could see some very minor things being tweaked, which will make a very little footprint on how the gameplay actually plays. Next patch is going to seal 20 for the rest of its cycle.

That’s a little disconcerting. The pessimist in me fears the next patch will deal more with too much xp being rewarded in some game mode rather than anything to do with hitting or pitching.

That's about what I expect to. We will get a line that says "improved pitcher acuraccy" and notice no change to boot. Beyond that, I don't think we see anything.

Maybe we’ll get more terms to label why our contact is bad: rolled over, out in front, cracked bat, closed eyes, limp wrists, dropped shoulder. The possibilities for this patch are endless.

posted in General Discussion •
RE: The single most egregious mistake Sony San Diego has ever made regarding this game

I’ll accept a 98 for speed if every time he steals a bag, he lifts it over his head and refuses to give it back.

posted in Diamond Dynasty •
RE: I am World Series. You can too.

@raesONE said in I am World Series. You can too.:

@vagimon said in I am World Series. You can too.:

@will_cusk3 said in I am World Series. You can too.:

biggest flex of the year

You are not wrong, my friend. As I mentioned at the beginning, the most important thing I wanted people to take away from this was that I made it to World Series- a feat that I am in complete disbelief that it actually happened. It was honestly, just a string of very good luck. All the bad things that usually happen to people playing ranked, happened to my opponents. Having said that, I’m still just tickled pink that I made it.

Congrats on making it and kudos for your honesty. Don't mind a flex when you admit it was one.

Thanks, man. It’s nice to be able share your success with people who actually know what you’re talking about. I tried to tell my coworkers but I think they just judged me for still playing video games at my age.

posted in Diamond Dynasty •
RE: MLB the RNG 20

My hope is that this strategy starts to backfire. This is the only game I really want to play, but I absolutely hate it. It makes me miserable. I would consider myself an average to below average player. I would be much more likely to spend money on a game that gave me consistent and repeatable feedback on my input, rather than most of my outcomes just chalked up to chance. I feel as if there’s no point to having better cards. I would like Mantle, and I would be tempted to spend a little of my actual money to acquire him if I thought that for one second, he would make that much of an impact on the game. This game feels so off right now, and hopefully enough of the marginal players will start giving up on it like I am tempted to do. Then maybe they will reconsider the type of game they want to put out.

How does a well hit ball with 109 mph exit velocity become a routine fly ball? Anyone have an explanation for this? Launch angle was good. So the ball just hit a huge amount of resistance? The air was really humid that day? Windy?

At this point, nothing surprises me. If the giant gorilla from the Ready Player One movie started randomly showing up in the outfield to swat would be homeruns out of the sky, I probably wouldn’t bat an eye. There’s plenty of lag today for anybody who’s interested. Get it while it’s hot.

posted in Diamond Dynasty •
RE: Question for consistant WS players

For The Show 20, I’ve bought a monitor, a tournament stick, gaming glasses, and I bought the rubber replacement joystick from an Atari 2600 that I have attached to the top of a kontrol freak. All this has made me maybe a fraction better. Now if you’ll excuse me, I’m going to throw a sinker down the middle that I aimed up and in and lose on a walk off three run jack.

posted in Diamond Dynasty •
‘They Pull You Back In

Me five minutes after turning off my PlayStation: That wasn’t so bad; I think I’ll hop into another game.

I am attempting to flip some cards to make some money. I need everybody else to stop doing this. You are free to buy cards, but I need you to stop selling them. Thanks. Also, if we happen to play online, don’t throw me fast balls. I can’t hit them. I also can’t hit sinkers, or splitters or sliders or any type of curve. Or forkballs. Don’t throw those either. To be on the safe side, don’t throw me anything. Just stand there.

Latest posts made by vagimon

RE: Thoughts on control

@scottswann said in Thoughts on control:

@ComebackLogic said in Thoughts on control:

@scottswann said in Thoughts on control:

Pitching was too easy in previous years IMO. I like the current balance

Would you say that because pitching was too accurate, or simply because hitting wasn’t rewarding your good swings often enough? Because I can live with good hitting input being rewarded, provided my pitching input is rewarded as well. Currently I feel it’s not.

I felt pitching accuracy was too easy. Hitting is a completely different animal

I would be ok if they made the pitching input more difficult, but it’s doing everything right in the mechanism they’ve created and then not being rewarded for it.

posted in General Discussion •
RE: Thoughts on control

@halfbutt said in Thoughts on control:

It is occurring to me that all my frustrations with the game this year could be boiled down to one thing, control.

The game of baseball is controlled by pitching. Anyone who doubts this just needs to go watch a little league game again. The game depends on the pitcher throwing strikes.

The biggest change I noticed this year right out of the gate was how much harder a time I had hitting my spots pitching. All my pitching stats were significantly worse than the previous year. I am also better at pitching than hitting, so it took me quite a while to adjust. I think my online record was below .500 for more than half the year (not that it means anything, but it was relevant to me in comparison to previous years).

The other thing that was really irking me was how few good pitches to hit I’d get in moments and games vs cpu, even sometimes on veteran difficulty.

Then it occurred to me. I am frustrated because the outcome of the game is not under my control. If I want to hit, I need to patiently wait for a mistake and wear the pitcher confidence down. Even when I have good release pitching, the ball doesn’t necessarily go where I want.

I agree with many of the suggestions you guys have about how to improve the game, but the biggest thing to me is that we, the players, need to be given back a modicum of control over the outcome of the game.

Who cares how unrealistic the stats are? This is a video game, not real life.

You had me at modicum.

posted in General Discussion •
RE: How do you tag only the 3rd base runner?

Use your left stick to select him, and then press X to send just that dude home.

If the spots are already full, sign me up to be the Elizabeth Banks character who helps with image and wardrobe and stuff.

I just made to level 50 prestige and it shows that it is locked. There must be a problem and can u fix it plz

This happened to me at one of the levels. Back out to the PlayStation dashboard. Close The Show application then, and you should be good to go.

posted in General Discussion •
RE: 99 Bellinger

They knew people would pay 1 million stubs for him. I wonder if we might start seeing other event reward cards released in this way.

There is the event next week that will feature flashback Bellinger and other fan favorites aparently. I'm actually hoping for finest Bregman or finest Scherzer from last year.

That’s good to know. Thanks. I think I’d rather get Bellinger over a few of these Finest cards I was eyeing.

I’m interested in getting some of these finest cards. I’m not really up for grinding the affinity programs, so I’m thinking of just buying a handful of the ones I’d like to try out. If I do that, however, I’d blow pretty much all of my stubs. My question is this: is there anything coming out in the near future that would be worth holding onto my stubs for? I doubt there is, and honestly it’s all the same at this point, but if anybody feels like rubbing your crystal ball and answering that world be cool. If not, we’ll, that’s cool too.

@formallyforearms said in What do you all do for work in the real world:

@Ikasnu said in What do you all do for work in the real world:

@The57Deluxe said in What do you all do for work in the real world:

Automatically hate you so much, yet love you at the same time.

If this wasnt my sons wedding day, I'd knock your teeth out. You anti-dentite bast@rd.

Next, you’ll be saying they should have their own schools.

posted in Diamond Dynasty •
RE: Will online play ever be good?

Does gameplay as it is lend itself more to people buying stubs and packs and trying to get the best cards thinking that that’s what they need to play better? I wonder if that’s what they’re banking on. If gameplay felt more consistent and rewarding, maybe people might be less inclined to spend money on upgrades. For me personally, I would be more likely to spend money on a game that didn’t frustrate me so much, but I don’t know if I’m who they’re marketing to.