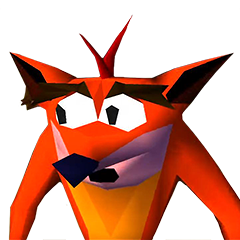 Best posts made by xXCHILLYDAWGXx

This user hasn't posted anything yet.

Latest posts made by xXCHILLYDAWGXx

the game should be able to decide how the in game (live players) get into the HOF, and place them on the correct team. For example, Votto in my game retired as a red, got in as a red, cool. But Pujols retired as an Angel and got in as an angel? Altuve retired after one year of FA and didn't get assigned a team. the game lets you browse team achievements and so many teams have the wrong players and lots don't have any just because guys like King Felix, Pujols, Altuve retire on different teams AFTER they make their HOF case.
For reference on what I mean, this would be like if Griffey Jr got in as a Red, we all know that's not the case

posted in Road to the Show •
RE: What do you want in RTTS 20

I just want the option to talk to an agent or manager on MY time. I was drafted as a SS for the Indians, (i was hoping to transfer to 2nd or 3rd whatever they needed) but they traded me because I wouldn't play LF. Fine cool, well my new team also had Corey Seager, who evolved into one of the best SS, so they had me be third. Well after a couple years, Seager got bad and retired, and now there's a HUGE hole at SS. I wanna play SS and the backup third baseman is actually better than our starting SS, so it would objectively help the team, but management won't let it happen, and I noticed this hole just after my agent called me, so now I gotta wait a whole cycle of cutscenes before getting back to SS. I should also get to ask specific teams to give offers for FA and ask to trade to specific teams I wanna eventually get back to CLE, and be the SS there.

posted in Road to the Show •