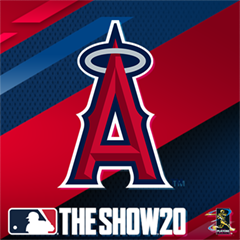 Best posts made by xXDragon257Xx

Probably an exclusive reward for the Father's day conquest map and program? Hoping it's a Prince Fielder reveal! The power rating makes sense, Atrin is a Brewers fan, and a Fielder is a notable father - son duo.

Waiting in line for autographs after spring training game tigers v royals. Loved me some Cecil. Asked for his, he said “$20 little man” and my grandpa, almost as big, and a badass former marine type in his early 50’s said something along the lines of “are you serious? He’s a big fan” and Cecil said “if he’s that big of a fan, $20 shouldn’t be too tough for you to pay”

“Well you can go F yourself then mister fielder”

First, and last time I ever heard him talk like that. Got George Brett’s autograph a couple minutes later, real nice guy.

I'd rather hit 2 HRs with Jackie again than do this HR and SB mission. This is not fun at all.

You bite your tongue!

posted in Diamond Dynasty •
RE: Anyone else not pull a diamond in BIAH packs?

@TheHungryHole said in Anyone else not pull a diamond in BIAH packs?:

@REDSMAN09 said in Anyone else not pull a diamond in BIAH packs?:

Ok so I don’t buy packs like at all. I’ve bought 2 packs all year long and that was only because it was a ducks on the pond pack. So I don’t pull a crazy amount of these packs, but I’ve collected a fair amount of these packs through just grinding out team affinities, programs, etc and I have not pulled a single diamond in any of these BIAH packs. Even when I’ve got the BIAH bundle I still haven’t pulled a diamond. I’ve pulled a few diamonds in standard packs and even got two diamond pulls as a game reward but never in a BIAH pack. I just don’t get how I haven’t at this point when they have 1:15 odds and I’ve ripped maybe between 30-50 of these packs.

Anyone else’s luck this bad?

i will always jump in on these threads

its not just you, their packs are a scam

I agree, last year no diamond pulls on biah packs. Then I spent $50 on stubs at the end of the year. After that, i swear it was a diamond every other Biah pack. This year I’m 0-40ish. I think if they just said the odds were 1-15 for premium members (bought stubs) and 1-50 for nms, people wouldn’t have a problem, and may even get more people to buy stubs

Latest posts made by xXDragon257Xx

I'd rather hit 2 HRs with Jackie again than do this HR and SB mission. This is not fun at all.

You bite your tongue!

posted in Diamond Dynasty •
RE: Moments

Just went 5-5. First at bat my first homer with Larkin. 4 singles after that, with votto on first all 4 times. Two of them he should have ran to third but didn’t. F this game

posted in Diamond Dynasty •
RE: Moments

Hit a HR and steal a base with Larkin. But its vs the Cardinals who have almost all RHP who throw sinkers.

Not another hit a HR and steal a base against the Cardinals. I still can't beat the Jackie Robinson moment and now this.

Yeah, and i never seen them bring in Miller, Barry has only 62 power vs RHP.

What are we supposed to do on this one? It’s driving me nuts. I crushed a double off the wall that will haunt me for angle not being right.

Well, I beat it. But not before the most frustrating moment yet:

3-3 with 3 doubles, bottom 9, guy on first, line one down right field line to the wall. Guy on first scored before I made it to second. Thanks for the single.

Next game homer in first and second. 26k xp and 10 program stars at least

You’re probably right. I’m just so in the zone, everything off the wall. I’ve had so many 3 double 1 single games my head is spinning

So I’ve been cruising along pretty well on these 1-3 moments. Finished about 65 so far. Most took 1-2 tries. Couple took 4-6. This yount 8 tb mission I’ve been on for close to 3 hours. I’ve tried my regular zone, normal for a while, power for a while. Switched to directional normal and then power for a while. Analog, same thing. I’ve hit maybe 5 hrs in at least 150 at bats, probably more.

Anyone have any tips here? This is on rookie for crying out loud, he has hitting machine and bomber. I literally tore my shirt out of frustration about an hour ago after yet another warning track shot

I swept on rookie with the Yankees. That team is loaded

posted in Diamond Dynasty •
RE: What swing does everyone use on their cap? Please share!

@COOP_STOMP416 said in What swing does everyone use on their cap? Please share!:

I use Griffey Jr on my cap and I did last year as well as I feel like he has a glitchy swing and hits home runs on Good/Good balls. I also feel like Ketel Marte is good as well b/c he has such a quick swing. Joe Morgan has a quick swing too. Can anyone please help me with some other suggestions with players that have quick swings or even swings that are working for them? I would love to try some other players out.

How do I even switch this? All I’m seeing is One handed or two handed options. I see I can choose a players specific stance but not their swing

No limit this year